It's a celebration time for the entire team of Housefull 4 as the film charts the highest numbers in the whole franchise. 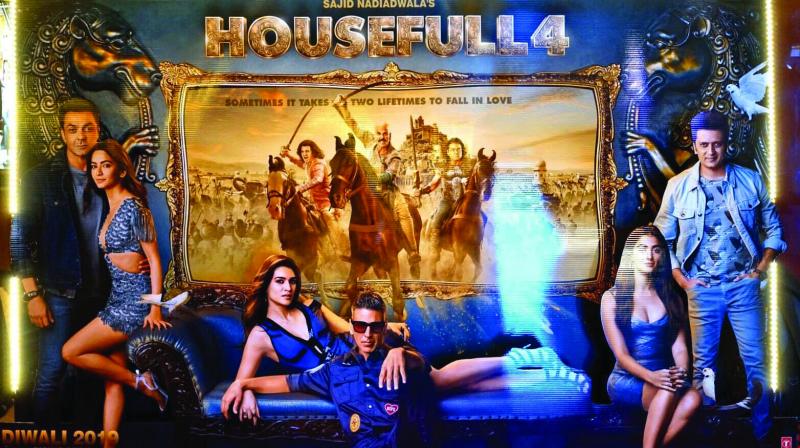 The poster of the Akshay-starrer Housefull 4.

Mumbai: It's a celebration time for the entire team of Housefull 4 as the film charts the highest numbers in the whole franchise. Not only this, but the film also emerges as the biggest Pre-Diwali opening number as it collects Rs 19.08 crores.

The Housefull franchise is one of the biggest comedy franchises in Bollywood and has always performed extremely well at the box office, Housefull 4 has become the most successful movie of the franchise as it charts the highest numbers.

The film is receiving a great response as the audience is loving the laughter riot and enjoying the light-hearted entertainment during the festive season. Footfall is increasing in the coming days.

Housefull 4 is presented and produced by Sajid Nadiadwala's Nadiadwala Grandson Entertainment and co-produced by Fox Star Studios, directed by Farhad Samji. The film is running successfully at the box office.