I get written off every day: John Abraham

John Abraham, who last seen in Batla House, will be next seen with Anil Kapoor in an out and out comedy film Pagalpanti. 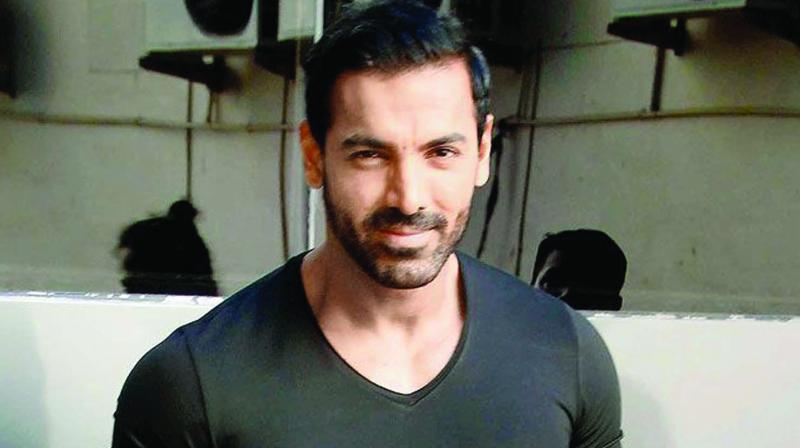 Model-turned-actor John Abraham, who last seen in Batla House, will be next seen with Anil Kapoor in an out and out comedy film Pagalpanti.

In a career spanning over a decade, the Force actor goes on to tell that he had been written-off almost after every film, although that never bogged him down. “In my case, I get written-off every day, and after every criticism, I have always tried to better myself. I keep my head down and keep working hard. There is no negativity in me even when someone is saying something bad about me. I just want to keep doing good work,” he says.

Meanwhile, veteran actor Anil Kapoor, offering a few words of advice, mentions that the key is to keep working hard and giving your best despite the inflow of criticism.

“When I started my career, a lot of people had said that I am too hairy and that I look too small; I look like a small boy, but that has become my advantage. These things do happen, but one should just keep working hard and prove their worth. Sometimes, when you work hard, people appreciate it and sometimes they don’t. But you should just keep on working harder. We all are work in progress,” says the Ram Lakhan actor.

Directed by Anees Bazmee, the movie also stars Arshad Warsi, Saurabh Shukla, Pulkit Samrat, Ileana D’Cruz, Kriti Kharbanda, and Urvashi Rautela. At a time when the landscape of Bollywood comedies are often flooded with sex-comedies, Pagalpanti is a deliberate attempt by Anees to re-introduce clean comedies.

“I don’t write double-meaning dialogues in my films. At the same time, I don’t have issues with those who use them in their films. I feel if you have a brain, a flair for writing, and willingness to work harder, then you do not need such shortcuts. I do keep in my mind what kids would like to watch and what they would not,” says the director.