It's private Diwali celebration this year for Ekta Kapoor; find out why

The Content Czarina is a great soiree when it comes to the big bash parties and Diwali parties hold great excitement. 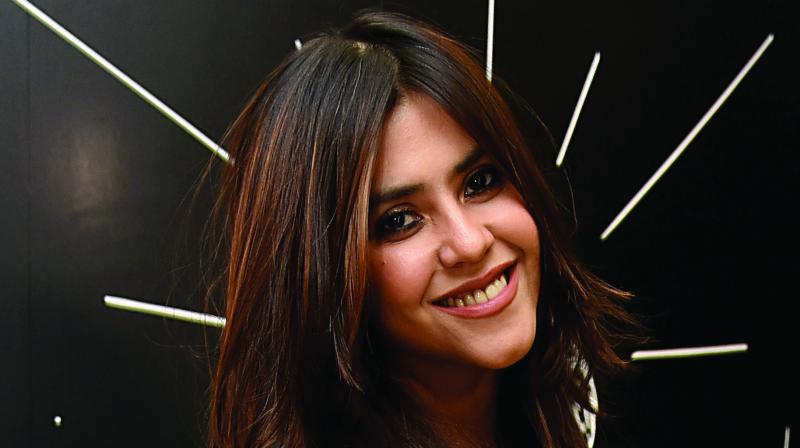 Mumbai: Ekta Kapoor who has been omnipresent throughout this year with great content across all platforms. The Content Czarina is a great soiree when it comes to the big bash parties and Diwali parties hold great excitement. Unlike every year, this Diwali Party will be a close affair for Ekta.

A source close to Ekta Kapoor revealed, “Every year Ekta Kapoor’s Diwali bash is the most awaited. However, this year, owing to the renovations at her bungalow, the Diwali celebrations will be a private affair. She will be hosting a small dinner that will be attended by a few close friends.”

Recently, Ekta Kapoor announced her collaboration with Disha Patani for her upcoming next title KTina. Ekta also had shared an exclusive look of Disha Patani from 'KTina' which has created great excitement amongst the audience.

Ekta Kapoor definitely justifies the title of content czarina as she has delivered varied content across all three platforms which have seen huge success in their respective fields.

Her recently released film 'Dream Girl' emerged as the blockbuster in every sense with phenomenal numbers, on the digital front her show The Verdict - State vs Nanavati had become the talk of the town and on the television Ekta Kapoor had introduced Aamna Sharif as the new Komolika for her show Kasauti Zindagi Kay which also has the highest TRP on Indian television.

Earlier, Ekta Kapoor's Balaji Motion Pictures took their forthcoming film 'Dolly Kitty Aur who Chamakte Sitare' to the Busan International Film, which embarked as one more feather to her cap.