'Saand Ki Aankh', which has been declared tax free in Delhi and Rajasthan, released on Friday. 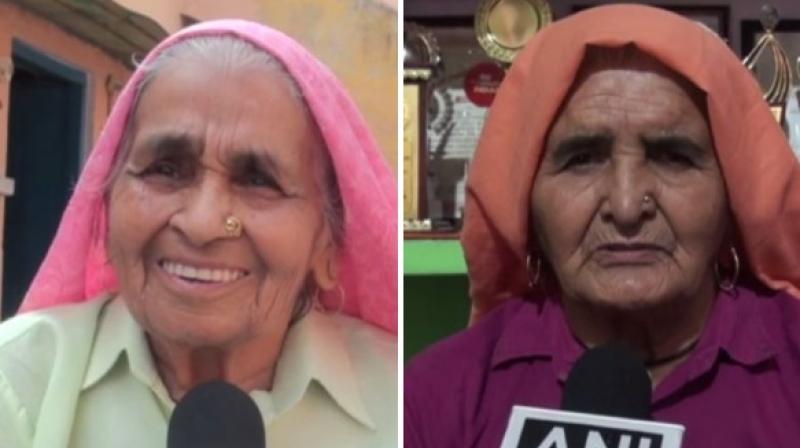 Baghpat: 'Saand Ki Aankh', which is based on the life struggles of shooter Dadis Chandro and Prakashi Tomar, is receiving unanimous love and appreciation.

Chandro Tomar, who took up shooting in her 60s, hopes that through the film people can learn and let their daughters have a life beyond four walls of kitchens.

"I hope this film will educate and inspire many. People must let their daughters shine and win the world, as daughters are not meant to be caged inside the house," told Chandro to ANI. "This movie will encourage every girl who wants to be a shooter, a doctor or anything. 'Saand Ki Aankh' is about inspiring girls to go and chase their dreams," expressed Prakashi Tomar.

Chandro is also determined to give opportunities to girls who need support to establish their career in the field of sharpshooting. "Other than my family members I also want to train girls from my neighbourhood. For me the beginning was difficult, people used to criticize me but I kept a thick skin and did what I thought was right," continued the 87-year-old Indian sharpshooter.

"Now, I want to train more girls, especially the unprivileged ones. I will do everything starting from providing a hostel till equipment I want this country to have more shooters," added Chandro.

'Saand Ki Aankh', which has been declared tax free in Delhi and Rajasthan, released on Friday. Actors Bhumi Pednekar and Taapsee Pannu essayed the roles of the shooter dadis in the film.

Directed by Tushar Hiranandani, the film is produced by Anurag Kashyap and Nidhi Parmar.