The actress gets candid about her journey in Bollywood, Zeenat Aman and her role in Panipat. 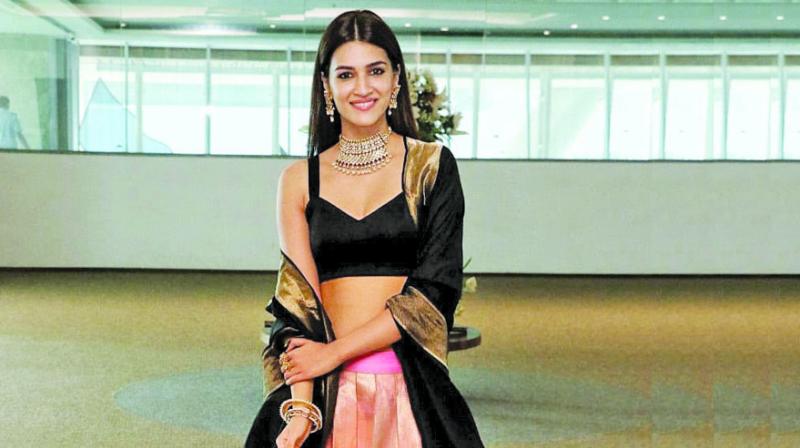 Kriti Sanon has been quite experimental with her roles, and will now be seen playing a Maharashtrian in Ashutosh Gowariker’s Panipat. The Luka Chuppi actress may be Punjabi in real life, but she slipped into the role of a Partvathibai with ease. “To play a Maharashtrian wasn’t so challenging. I have, fortunately, a good grasping power and pronounce decently well. I wanted to make sure whatever little bit of Marathi I am speaking in the film has to sound like a Maharashtrian,” she shares, adding, “It’s a beautiful language; it is got a beautiful flavour to it. I used to try and improvise on set, I started enjoying it, and it just makes you feel like a different person when you are talking in a different language.”

Kriti came into the industry without any filmi connections with Heropanti, but the turning point in her career was Bareilly Ki Barfi. “It changed a lot of perceptions, and made people take me seriously as an actor,” says the 29-year-old adding that the film opened ‘a lot of doors’ for her. “Later, when I bagged Lukka Chuppi, it made me confident enough to take up different kinds of roles and not be scared. When the films resonate with the audience, it gives you the confidence to take more risks. That’s the reason I could take up a Mimi at this point,” she shares.

The actress, who was last seen in Housefull 4, was happy to be a part of an ensemble cast. “I never negotiate with the writers or directors to write long roles for me or increase my role. If I go ahead and tell them to increase the length, that will be the first scene that will be chopped in the edit table because it would be an unnecessary addition. I feel that’s something you should not play around with as an actor. You should only focus on whether your part is important for the film or not,” adds Kriti.

Explaining her process of choosing roles, she says,“I have been offered such parts and it has given me a platform to explore. Maybe I am attracted to those kinds of roles or I end up choosing certain roles because I find them exciting. So it is always a combination of what you get and what you choose.”

Gushing about her experience of working with Zeenat Aman in Panipat, Kriti says, “I shot with her for a very important scene in the film. I was a little nervous at the beginning because she is Zeenat Aman, a legend, and I didn’t want to say even one dialogue wrong in front of her.” But Zeenat apparently put her to ease during the script reading itself. “Before the shoot, we went to her vanity to do a reading, and she was so warm and lovely.” What surprised Kriti more was the veteran actress’ modesty. “Despite being a legend, she still had the hunger of asking Ashu sir again and again ‘Am I doing it right? Are you happy? Should I do anything more?’ When that comes from an actor who is so experienced, it just inspires you. I wish I would be like her in years to come, where I am still that hungry to make sure I am perfect in everything. She has so much grace and warmth as a person, and when you are a good person it reflects on your performance,” she concludes.