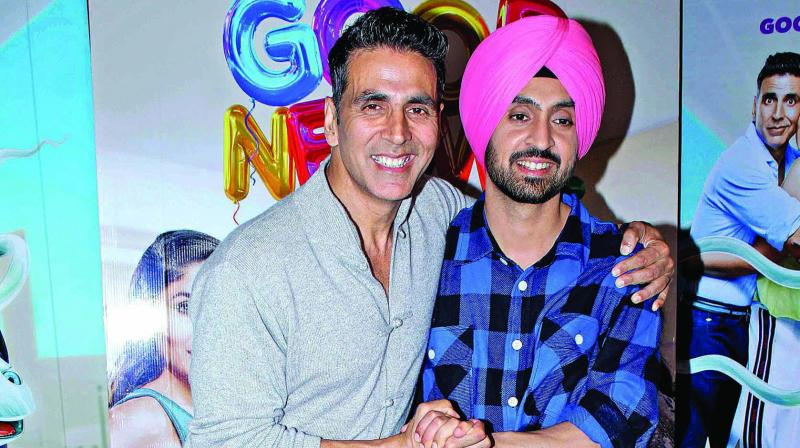 The multi-faceted Diljit Dosanjh is busy gearing up for the release of his latest comedy-drama film Good Newwz, and the Phillauri actor is stunned by Akshay Kumar.

He says, “I never get nervous no matter whoever I am working with, but I have been a huge fan of Akshay Kumar. I have seen almost all his films. It was fun working with him; he has such great comic timing.”

Diljit adds that Akki’s comic timing is impeccable. “Nobody can beat Akshay’s comic timing, he has the best comic timing ever. All that I wanted is to learn something from him. He is a perfectionist. I was observing him and learning from him,” he shares.

“I wanted to experiment as an actor, but I was only doing serious films and I was only offered that kind of roles. So when I was offered this one, I wanted to take the plunge. I am experimenting; let’s see,” he smiles.