Attempts to malign Naseer with ‘Catty’ video of his daughter

When the staff was not as prompt in their action as she wished, Heeba is seen getting violent. 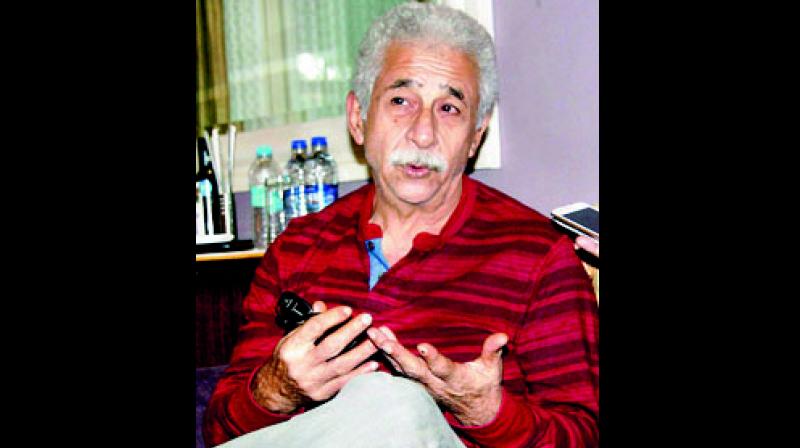 Naseeruddin Shah made uncharitable remarks about Anupam Kher which he  shouldn’t have. But then, speaking his mind comes naturally to Naseer even at the risk of being savagely attacked.

After Naseer’s remarks on Anupam, a   video of Naseer’s  daughter  has gone viral. It shows  his eldest daughter Heeba physically assaulting two women who, as it turns  out, are  members  of  the staff at a veterinary clinic where Heeba Shah had  gone  to get her ailing cat treated.

When the staff was not as prompt in their action as she wished, Heeba is seen  getting violent.

A  major actor who is  close to Naseer and his wife Ratna  says this is nothing but a poor attempt to show the India’s Robert de Niro in a bad  light.

“The video of his daughter getting upset at the vets is old. It comes out now after Naseer speaks against Anupam who is known to be close to the Government. Naseer will now be targeted  through his family and friends when he has  no control  over their actions,” says  Naseer’s actor-friend.

To  set the record  straight, let me  add that Naseer’s  three children, daughter Heeba  and sons Imaad and Vivaan have been on their own for years now. All three are  financially independent and hardly ever in close contact with their father.

In an earlier interview with DC, Naseer had said, “I am not an interfering father at all. I don’t keep track of what my three children do in  their lives. They are  adults and  capable  of taking their own decisions. I am  there if they need me. Otherwise they’re on their own.”