The bereaved brother-in-law is doing his bit in this time of crisis. Sonam Kapoor too has been giving Janhvi and Khushi company. 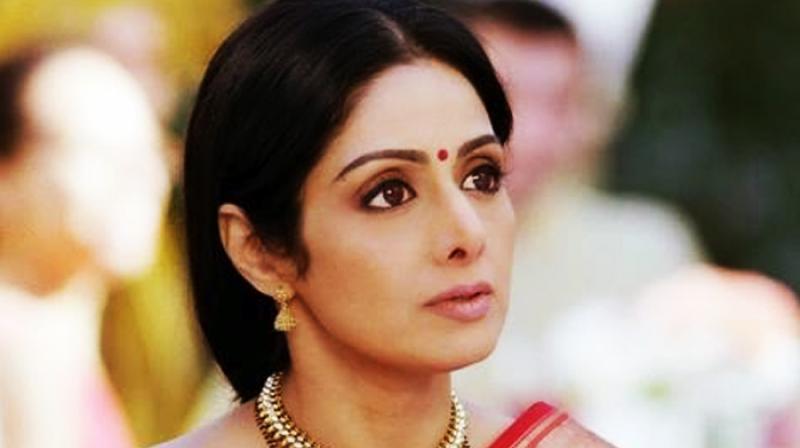 Sridevi in a still from a movie.

All these years, it was big brother Boney Kapoor who took charge of Anil Kapoor and his life. Now, at a time when Boney is facing one of the most biggest tragedies of his life, the roles are being reversed.

Friends of the Kapoor family say that Anil and his wife Sunita have taken complete charge of Boney and his children. “Boney, Janhvi and Khushi Kapoor have shifted into Anil’s residence. Boney is completely distraught and shattered. But he’s a very strong man.  He won’t allow his emotions to take over until the last rites are over. It happened so suddenly. There was no indication of any tragedy. Sri had not complained even of a headache. One day the family was enjoying itself at a wedding, and the next day she was gone,” says a very close friend of Boney’s.

The friend adds that it will take time for Boney to come to terms with the loss. “His devotion to Sridevi is comparable with Shashi Kapoor’s devotion to Jennifer. Like the Kapoors, Boney has a tendency to put on weight. Sri controlled his food habits with military strictness. With her gone, Boney will have no one to restrain his diet,” sighs the friend.

This, adds the friend, is the least of the family’s problems.  “Right now, it’s Boney’s daughters who are of primary concern. The younger one is specially unable to comprehend the enormity of the tragedy. Sunita is constantly with Janhvi and Khushi, and so is Anil and Sunita’s daughter Sonam.”

A member of the Kapoor family says, “Nothing had prepared the family for this sudden setback. To make it worse, Sri passed away in Dubai, far away from home, which meant the complications of flying her back had to be sorted. It is a hellish time for the Kapoor family. Everybody has cancelled all their engagements—Anil and Sonam were supposed to be shooting in Patiala for Ek Ladki Ko Dekha Toh Aisa Laga and Arjun Kapoor rushed back from the shooting of Vipul Shah’s Namaste Canada in Amritsar. They’re there to support Boney and the daughters in every way possible.”