The 35-year-old muses that he always wants his film to be different, bold game-changers but nonetheless palatable to the entire family. 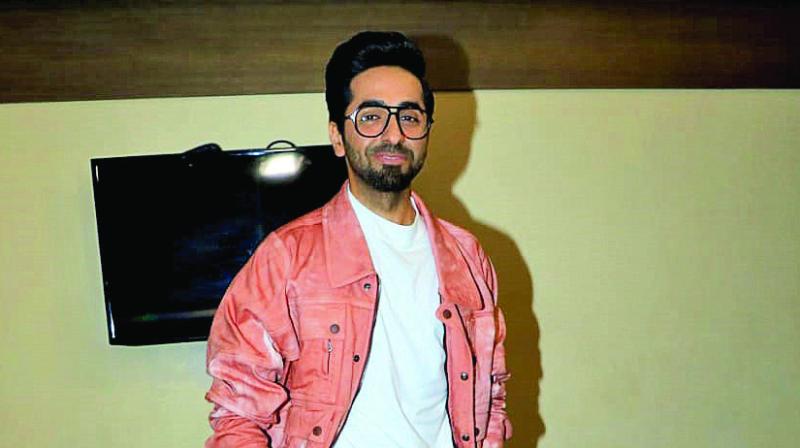 Ayushmann Khurrana is overjoyed at the moment, as his latest release in a career relying dangerously on risks, has opened to a heartwarming response.

“We didn’t want Shubh Mangal Zyada Saavdhan to be seen as just a gay love story. Of course, it is about two men in love, but it more about the family and how they react to their son’s same-sex relationship. We didn’t want a heavy-handed grim treatment, we wanted it to be a popcorn entertainer for the whole family, a family film. We didn’t want anyone to squirm while watching, and I think we had achieved that,” the actor says.

The 35-year-old muses that he always wants his film to be different, bold game-changers but nonetheless palatable to the entire family.  “I think I’d be a little worried if one of my films was given an ‘A’ certificate without warning. I thought Article 15 was dark, but again it ended on a hopeful note. With Shubh Mangal Zyada Saavdhan, we knew we were making a happy film. That was the mood,” he reveals.

Ayushmann, who has had a string of unbroken hits for the past three years, feels the winds of change blowing across Indian cinema. “Ten or even five years ago, Shubh Mangal Zyada Saavdhan would not have been possible. The fact that we now have audiences watching this film favourably is reassuring,” he smiles.

Even more gratifying is the fact that the censor board allowed the kiss between Ayushmann and his co-star Jitendra Kumar to remain. “They realised it was an important part of the film. It is the only intimate moment between the couple. Kuch toh intimacy dikhani thi (we had to show some intimacy).

When asked about his wife Tahira’s reaction to the kiss, Ayushmann reveals that she was cool as a cucumber. “She was very relaxed about it. She saw it for what it was: An organic part of the story and not a gimmick. I think we’ve all come a long way,” he sums up.