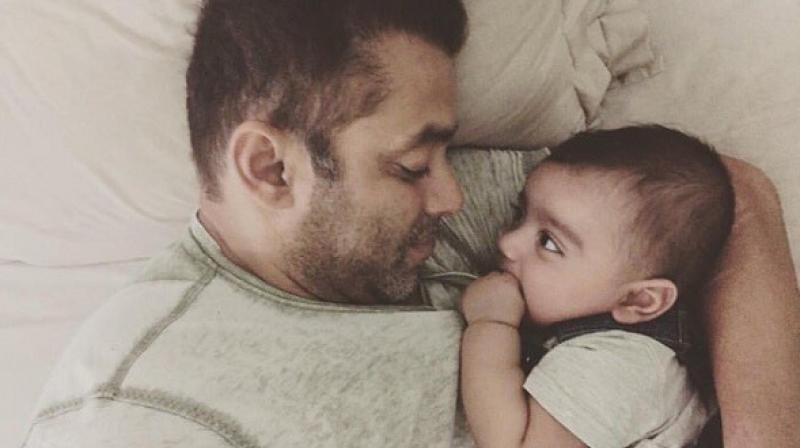 Ahil was reportedly going to celebrate his birthday in Mumbai, but there’s no way he would without Mamujaan, so Arpita planned to shift the venue to Abu Dhabi, where Bhaijaan is shooting for ‘Race 3’ currently.

A source revealed to Mid-Day, “Arpita and Aayush want it to be an intimate affair. So the guest list includes only family members — Salma and Salim Khan, Helen, Arbaaz, his son Arhaan, Sohail and his family, Alvira and Atul Agnihotri, and Aayush’s parents Anil and Sunita Sharma. The welcome lunch on the first day will be followed by a fancy dinner to bring in Ahil’s birthday. The next day will see the family head out to an island nearby. The birthday party is saved for the last day where the families will enjoy a desert safari and a farewell dinner.”

Further revealing details, the source added, “The cake is being made by Wow Sweets – one of the best cake designers in Dubai. Arpita has also ordered for a large macaron tower by French luxury bakery Laduree.”

Post wrapping up ‘Race 3’, Salman will reportedly start working on ‘Dabangg 3’, which will be followed by ‘Bharat’, directed by Ali Abbas Zafar.