The Jayalalitha biopic is going to be made in Hindi and in Tamil, and Kangana is said to have quoted a whopping amount for the film! 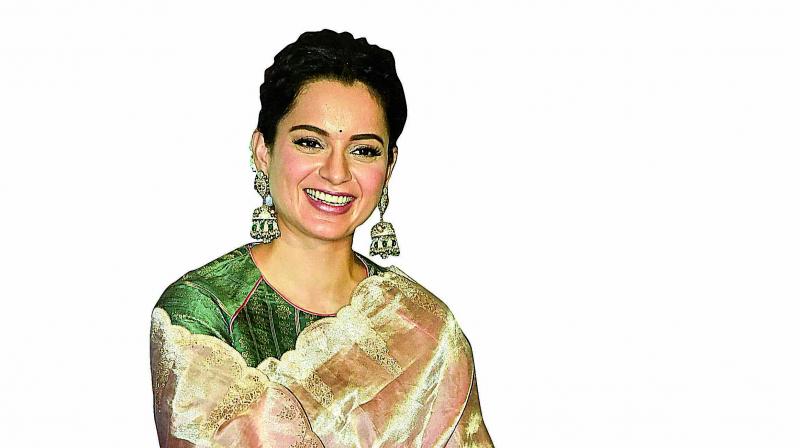 Kangana Ranaut seems to have created a parallel universe of her own in Bollywood. With the Karan Johar and Hrithik Roshan camps unwilling to work with her, she has not only done Manikarnika but is also looking south of the Vindhyas now!

What’s rather surprising is that since the film on the life of the actress turned Chief Minister, Jayalalitha, is being made in two languages — as Jaya in Hindi and as Thalaivi in Tamil  — Kangana is said to have quoted a sum of Rs 24 crore for the project and the makers have agreed! A source close to the development said, “Kangana is being paid Rs 24 crore for the bilingual project. The makers seem certain that her star power will help the movie reach a pan-Indian audience, and the producers have already signed a contract with her.”

“This is the first time that a Hindi actress has been roped in to play the lead role in a South Indian film. A noteworthy development indeed. If this works, then it could completely blur the lines between Bollywood and regional cinema,” said a source in the know.

Interestingly, Kangana’s fee is still way lesser than what the top male stars in Bollywood, like Shah Rukh Khan, Salman Khan, or Akshay Kumar, charge for a movie in Hindi. Akshay charges Rs 45 crores for a movie if he isn’t receiving royalties or if he’s producing the movie. Also, if compared to Scarlett Johansson’s whopping $40.5 million fee for the Avenger’s franchise, Kangana is only at $3.5 million in pre-tax earnings.

Jaya a.k.a Thalaivi is being directed by Vijay and written by Kangana’s favourite writer, K.V. Vijayendra Prasad. Kangana is currently working on Mental Hai Kya and Ashwiny Iyer Tiwari’s Panga post which she will commence shooting for the Jayalalithaa biopic.

Kangana Ranaut’s Rs 24 cr remuneration to reprise former Tamil Nadu CM Jayalalithaa in her biopic, Thalaivi, has become a point of discussion. While the news was put out by credible sources in Kangana’s team, a source close to the producers denies it. He says she’s been offered Rs 12 crore!

Some reports say the actress’ remuneration of Rs 24 cr would be a combination of her fee of Rs 12 cr (as remuneration) and a percentage from the total budget of the film. Explaining further, the source says, apparently, if the film’s budget is around rs 100 cr, then Kangana will get Rs 12 cr as her remuneration, then the remaining amount (of Rs 12 cr) will be paid as percentage from the budget — depending on how Kangana plans to negotiate. So the numbers do add up!