The Dadasaheb Phalke Film Foundation Awards 2018 is scheduled to be held on 29th April in the suburbs of Mumbai. 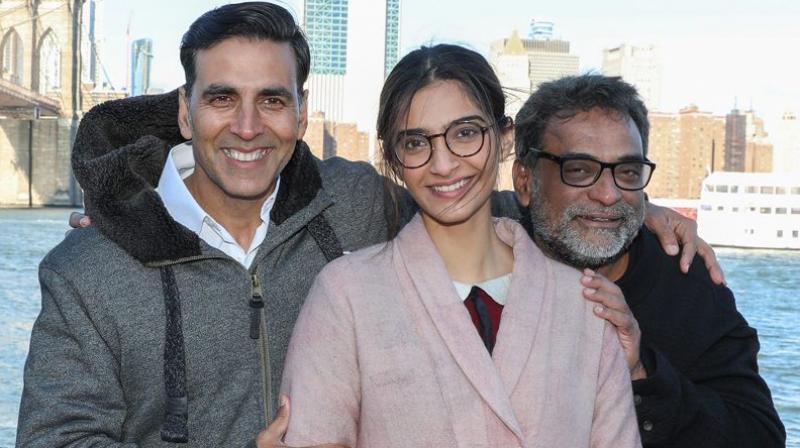 Apart from the mainstream awards, 22 Technical Awards will be presented to the technicians. Certificate of appreciation will be awarded to Eco Fashion Designer Nidhi Bhardwaj and Swati Mehrotra for Best Footwear Designer.

R. Balakrishnan, popularly known as R. Balki said, "I am very happy with the love and adoration that Team ‘Padman’ has received. Anything in the name of Dadasaheb is an honour. Thank You Dadasaheb Phalke Film Foundation for this honour. "

Speaking on the same, Sonam Kapoor expressed her gratitude, "This is great news and I am really happy and honoured to receive the Dadasaheb Phalke Film Foundation Award. I'm unfortunately travelling and would love for Balki Sir to collect the award on my behalf. Thank you for the love and admiration once again."

She said "I’m humbled, grateful and honoured to receive the debut director award and feels happy that this small film gets recognition amongst so many other big films."

Amit Sadh, will be awarded the Best Actor (Web series) for ‘Breathe’.

"I am highly honoured and delighted to receive the 'DadaSaheb Phalke Film Foundation Award for Breathe. It is very special for me as Breathe is my most beloved project. Honours like these give me immense encouragement to continue believing in my craft and reinstates my belief in what we do and why we do it for. I am thrilled and excited to work harder and keep entertaining my audiences," said the ‘Sultan’ actor.

Manisha Koirala will be awarded the Most Versatile Actress in Indian cinema.

She said "I feel honoured and humbled, especially as it’s for being versatile as that’s what I have been trying hard to achieve!! We actors personalities should never over shadow the characters we play. This I learned while watching legendary actor Balraj Sahni Ji’s films."

Dadasaheb Phalke – The father of Indian cinema had brought revolution to the Indian film industry. The film fraternity owes its evolution and success to the great Dadasaheb Phalke. The main aim of these awards is to honor artist, technician for their contribution toward the industry. Dadasaheb Phalke film foundation awards is the only awards supported by Federation of western India Cine employees (FWIC) show is executed by Glocal Thinkers. These are the only awards which felicitate the technicians and is nominated and voted by 27 prominent film associations across the country.