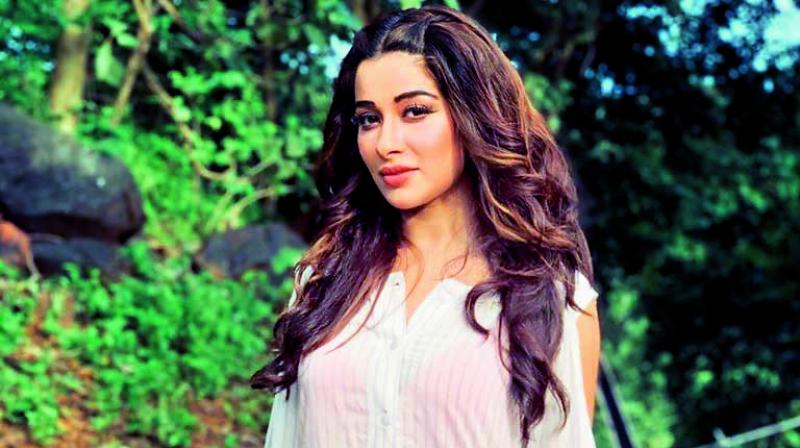 While several celebs have been condemning the growing incidents of domestic violence (DV) during the lockdown, Nyra Banerjee has just gone a step ahead in marking her disapproval.

The 'Azhar' actress shot and acted in a short musical called The Virus within, which demonstrates the kind of abuses women undergo through various phases of their lives.

The One Night Stand actress told us that she got the idea to make a short after a couple of her friends shared their experiences with her.

“The issue of domestic violence is global but has been on an alarming rise during the lockdown,” she points out. “Even some of my friends got very emotional while narrating their experiences. Those stories moved me to tears. Now through this short musical, I hope to address the issue of domestic abuse.”

The short features Nyra portraying the role of women from various age groups teenager, unmarried woman, homemaker, working woman and an elderly and how through each phase, they are abused.

“Domestic violence leaves not only a physical but also a mental and an emotional mark,” she explains adding that she hopes her video would uplift the victims and points out that even men are victims of domestic abuse. “Some victims let their abusers take charge for far down the line only because they are scared.”

For starters, she tells us that she is only trying to showcase the various scenarios around how women can be abused. Then, citing the example of the Taapsee Pannu-starrer Thappad, Nyra shares that the victims must understand their self-worth.

“I want women to realise and understand the freedom of self-worth and being happy,” the Best Actors star reiterates.

The idea for the film was conceived by Nyra’s mother who is a writer, and the film, which was shot in 12 days, was directed by Nyra.

“I’d shoot scenes in the mornings and edit them in the evenings,” elaborates Nyra. “But I also took time out to help my mother with domestic chores. So naturally, the filmmaking process took longer. But working with my mother and that too during a lockdown has been an interesting experience.”