At an event on gender equality, the actor encouraged men to share household chores. 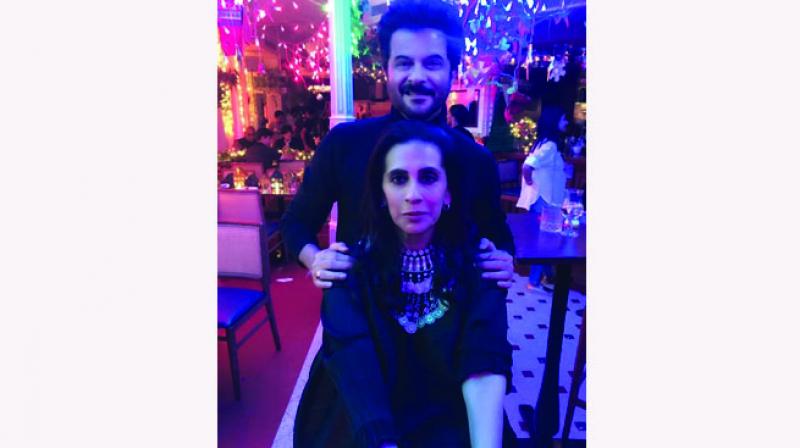 Veteran actor Anil Kapoor has always been vocal about his praise for the women folk in his life and his recognising them as individuals. At a recent event on gender equality, where sharing the load of household chores was discussed, an elated Anil shared that he and his wife Sunita Kapoor are happy to have got a son-in-law like Anand Ahuja, who actively shares his daughter, Sonam Kapoor Ahuja’s, daily load.

“We are happy that Sonam has married Anand who not only helps her professionally but personally too. It is Anand’s mom, Priya Ahuja, who has inculcated this kind of habit in her son, of sharing the workload along with your family. Sonam is fortunate to have a husband like him, and we, a son-in-law,” shared Anil.

But at the same moment, he mentions that both – he and his wife – too encourage their son Harshvardhan Kapoor to share the workload at home.

“I and my wife believe in gender equality. We have never differentiated between a boy and a girl. We too keep encouraging Harsh to share the workload at home,” he adds.

The actor further stresses that as a parent it is important to inculcate such habits in your children.

“We as parents need to inculcate this habit in our sons too. As after getting married, it becomes difficult for women to single-handedly do all the work.

Men need to learn to share the workload at home in daily chores like washing clothes,” he advised.

On a lighter note, he adds, “If one washes clothes at home regularly, it is a cardio exercise for them. So washing clothes is good for health too.” Lastly, he praised women who continue to work after marriage saying, “Wives share the financial burden, so why can’t we men share some work at home?”