The couple has always been giving major relationship goals to their fans. 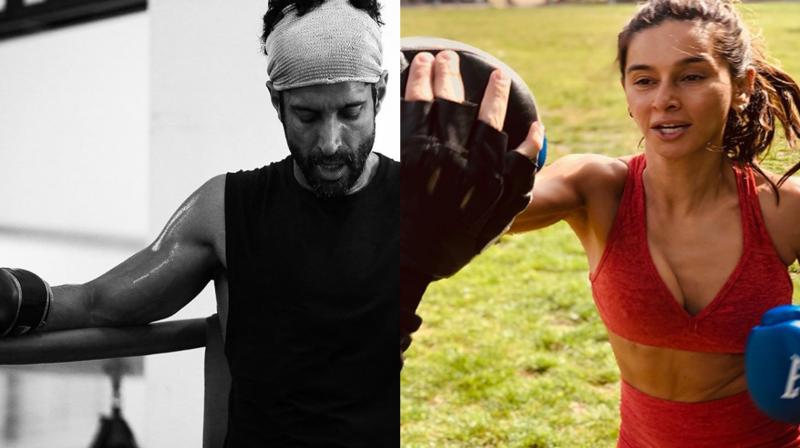 Mumbai: Farhan Akhtar and Shibani Dandekar are undoubtedly considered as one of the hottest pairs in Bollywood. The couple has always been giving major relationship goals to their fans.

Recently, Shibani Dandekar shared her pictures on her Instagram handle in which she is training for boxing. The diva captioned the picture, "London training with @drewnealpt #bodybydrewneal shot by @faroutakhtar #london #thatbrowngirl"

Well, in this picture, one can see Shibani is working very hard on her boxing. It seems like the fitness enthusiast girl is all set to match up her beau Farhan Akhtar's boxing skills. Interestingly, Shibani's boxing trainer is the same who is right now training Farhan for his upcoming, Toofan.

Coming back to Shibani's pictures, she is looking super hot and confidently flaunting her washboard abs like a pro. In a red sports bra and slacks, Shibani is setting the temperature on high level. After all, these pictures have been clicked by Farhan Akhtar and fans know his photography skills very well.

Meanwhile, Shibani and Farhan have always been spending quality time with each other. Right from beach holidays to public events, the duo never hides their relationship frompeople.

On the work front, Farhan will next be seen opposite Priyanka Chopra in The Sky Is Pink. Apart from this, Farhan's Toofan is directed by Rakeysh Omprakash Mehra in which he will be playing the role of a boxer.