The actor is all set to collaborate with Gujarati star Divyang Thakkar for his next. 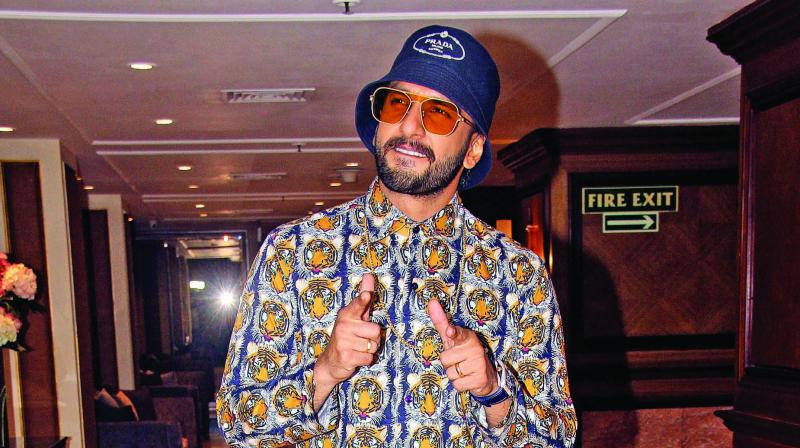 For a while, there was news that Ranveer Singh may pair up either with Manushi Chhillar or Alia Bhatt for Maneesh Sharma’s next film.

While the project has now been made official, the search for the heroine is still on. The film in question has now been titled Jayeshbhai Jordaar and has been written by Gujarati actor Divyang Thakkar who will also direct the film.

Divyang, one of the lead stars in Dhollywood (Gujarati film industry) with superhit films like Kevi Rite Jaish, Bey Yaar, Chanakya Speaks and Boygiri, is all set to helm this film which is being billed as a humourous entertainer set in Gujarat.

“Jayeshbhai is a film with a big heart. In its concept as well as in its appeal, it encompasses the broadest spectrum of the cinema-loving audience — it’s a film for everyone! It is, in fact, a ‘miracle script’ that YRF found for me out of nowhere. The sheer brilliance of the writing compelled me to immediately greenlight this film. Both humourous and poignant, Jayeshbhai is right up there with the most solid on-paper material I’ve ever come across” says Ranveer in a statement.

The actor who has worked with the biggest filmmakers in Bollywood, from Aditya Chopra to Sanjay Leela Bhansali, adds, “I have been immensely fortunate to have collaborated with some of the finest film-makers of our country. It is humbling and gratifying that they believed in my craft and chose me to lead their cinematic vision. All that I have achieved as an actor today is due to these titanic cinematic forces having put their faith in me. I’m glad that today, I find myself in a position where I can recognise exceptional talent and wholeheartedly back the vision of a brilliant new writer-director like Divyang. Jayeshbhai Jordaar will be my next release after ‘83.” The film has been produced by Maneesh Sharma in association with Yash Raj Films.