Actor Akshay Kumar and director R. Balki collaborated on a public service ad to shoot for a video 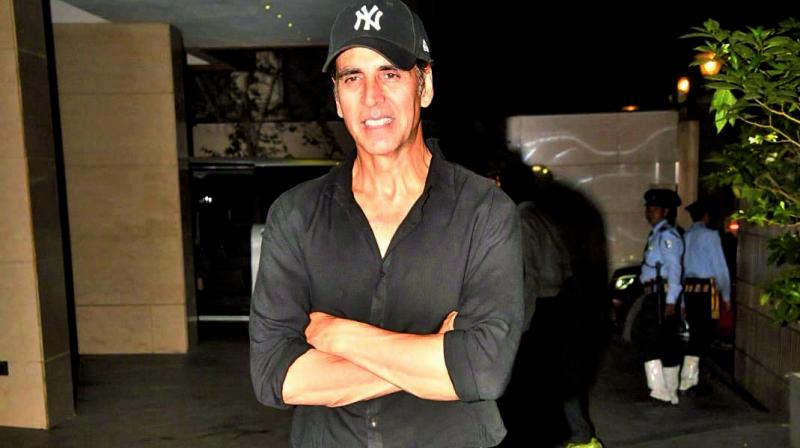 Kamalistan once belonging to the legendary Kamal Amrohi  at Andheri East in Mumbai, became the first outdoor shoot in Mumbai to take place after all shoots were shut down from March 18 this year, owing to the coronavirus.

Actor Akshay Kumar and director R. Balki collaborated on a public service ad to shoot for the video, thus becoming the first people from Bollywood to step out during the lockdown to shoot for this special project.

What was interesting was the fact that everyone on the set was properly sanitised and given fresh masks before they started shooting.

After various film bodies, including the Multiplex Association of Indian (MAI) and the Film Producer’s Guild, had given out a series of rules, a completely new way to conduct a shoot was set up.

“Everyone who came to the shoot discarded their old masks, went under a contraption that sanitised them properly all over again and then they had to get their temperature checked and put on a mask as well as a shield on their faces. Even the actor and the director, as well as the entire crew, had a similar get-up,” says a source in the know.
The ad was shot on May 22, 23 and 25 for the department of drinking water and sanitation, Ministry of Jalshakti, Government of India with the support of the Bill and Melinda Gates Foundation.

The makers had taken all required permissions from the police and the local administration before starting to shoot, as it was an important shoot concerning hygiene.

The permissions were then given for the team to shoot for three days. Akshay himself joined the shoot on the third day after other shots had been canned and the makers were also sure that everything was going on rather smoothly.

The actor was wearing a white shirt with a vermillion scarf along with his mask before he gave the shot.