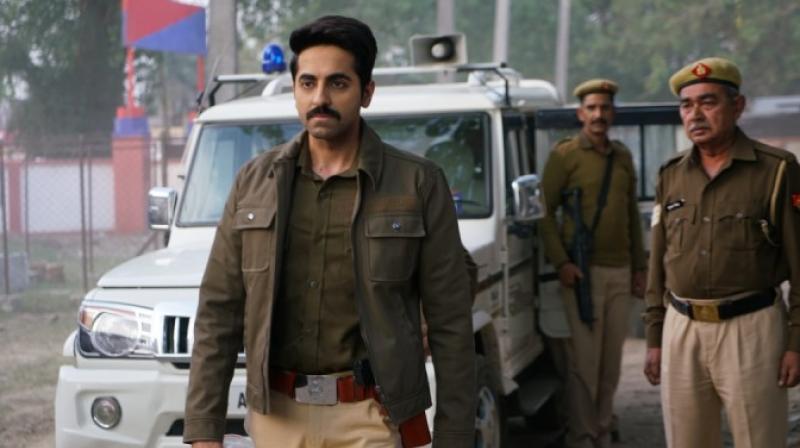 Ayushmann Khurrana in the still from Article 15.

Mumbai: The upcoming investigative drama, Article 15 has struck the right chord with the audience. The segment of the audience which has watched the Ayushmann Khurrana starrer is appreciating the movie for all the right reasons- the reasons that have not found their place in the heart of cinema for a very long time.

Calling it the most important film of the year, Article 15 is garnering all the eyeballs for its relevant content which finds its relevance and is inspired by real incidents. People have shared how the story is thought-provoking as well as very hard-hitting with a narrative that finds itself embedded in the most prevalent yet ignored issues of the society.

The audience feels that the movie is a must see and everyone needs to see it, to feel what it aims to deliver where the basics are being questioned and leave one in shreds as to how the atrocities feature in the broader narrative of a nation. With a brilliant storyline and an even better script, there is nothing worth missing when it comes to Article 15, the reviews state.

Article 15 will witness Ayushmann Khurrana in a never seen before cop avatar with a heroic element to the character. With no-nonsense, the character has already become a hit amongst the audience for his realistic portrayal.

The Anubhav Sinha directorial, Article 15 is set to release on 28, June 2019 and the trailer of the film has already gripped the nation with its catchphrase- ‘Ab farq Laayenge’.