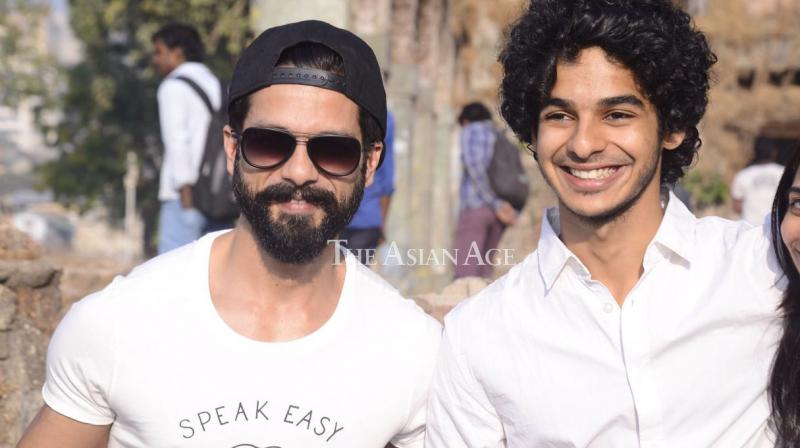 While Shahid Kapoor’s Kabir Singh has kept the cash register ringing, critics have slammed the film for its misogynistic and violent approach to women.

Nevertheless, Shahid’s brother Ishaan Khatter took to social media to praise his performance.  “As happy as can be for my big brother today who’s always been a shining example of a human being for me. Not a doubt in the world that you deserve the smashing success but it continues to baffle me how you were able to play one of the most complex, lost and damaged characters with such perfection while returning home to being the a most centred, loving and responsible family man I know. Thank you for showing me what it means to be a responsible son, father, husband and brother always AND for knocking me out with your performance in and as #KabirSingh” Ishaan wrote in a post on Instagram.

Soon after this, Ishaan was also sarcastically pulled up by netizens for supporting the controversial film. One commenter wrote sarcastically: “Sweet justification to misogyny, naice, very naice”

Another comment said: “It’s nice that you’re saving your brother’s image. You’re a good brother. What you have said may be true, playing a toxic character is difficult when you’re opposite in real life, but then we have to take your word for it. But he has a daughter, he should choose his films wisely, maybe? I mean this movie is massive, in the sense when a girl meets a guy or a guy meets a girl just ask—hey do you like Kabir Singh—and the answer will let you know if you’re compatible!”

Meanwhile, another read: “It’s not only about roles and character ....its about what we as responsible adults are sending as a message to the young minds ....that is not ok. Ever. A lie covered in proper packaging is still a lie .....”