The legendary lyricist is offended that composer Viju Shah’s Tip Tip Barsa Paani will be remade for Sooryavanshi. 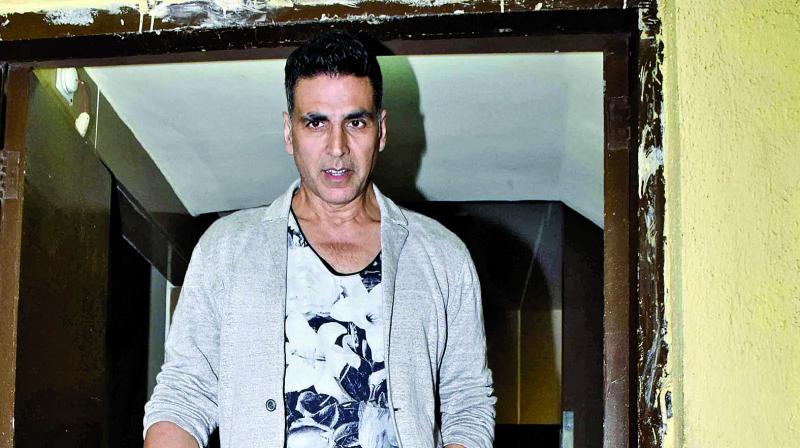 A Mumbai tabloid recently quoted a source as saying: “The reprised version is composed by Tanishq Bagchi while Farah Khan has come on board to choreograph Akshay and Katrina’s moves.”

Speaking of the blatant copyright infringement, iconic lyricist Javed Akhtar says,  “This has to stop. And I’ve taken legal recourse in the past. I had sent legal notices to the people responsible for doing this to the song Ghar Se Nikalte Hi from the film Papa Kehte Hai.

Unfortunately, Anand Bakshi sahib (who wrote Tip Tip Barsa Paani) is not around any more to protest against this kind of desecration. Today, they change the lyrics of well-known songs. What is to stop them from changing the lyrics of Ae Mere Watan Ke Logon, the patriotic classic that has the nation weeping? It may make us weep in another way altogether if, God forbid, they decide that poet Pradeep’s immortal lines need updating and revalidation. This is sheer vandalism.”

Kalyanji-Anandji composed music for a majority of the films produced-directed by movie mogul Gulshan Rai and his son director Rajiv Rai. Mohra, being a film about the young, needed a peppy score. Here is where Viju stepped in, in place of his father Kalyanji and Anandji. The entire sound design, and the way the composition was conceived and executed, was all done by Viju.

Akshay, serenaded Raveena Tandon in the rains with Viju Shah’s iconic composition 19 years ago, and will be romancing Katrina Kaif in the remake. Same rains, same song, same hero, but a different heroine in a different-coloured sari.

Akshay had announced the redux in a tweet:  “I would’ve definitely been disappointed if any other actor would’ve recreated Tip Tip Barsa Paani, a song which has been synonymous with me & my career & I can’t thank Ratan Jain ji enough. At times like these you realize, we may have come a long way but we also go back a long way. (sic)”

The ever-alert social media users were quick to point out that the song is remembered to this day for Raveena Tandon’s sensuous moves in a clingy yellow saree, and not for Akshay.