The actor reflects on love, heartbreak and why he firmly believes in the institution of marriage. 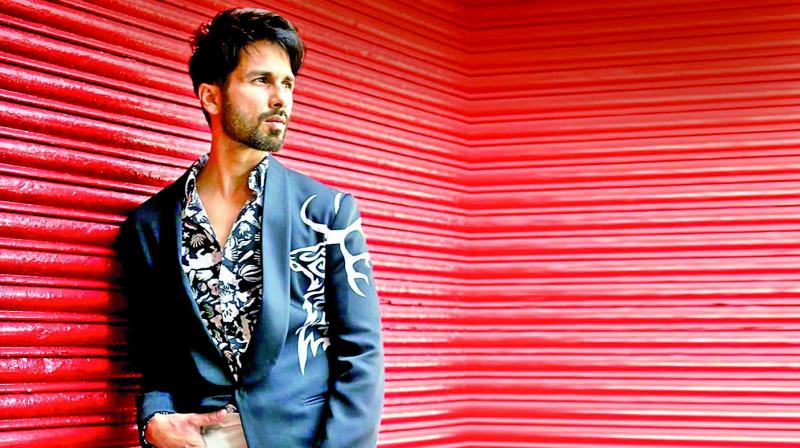 Shahid Kapoor is basking in the success of his latest film Kabir Singh, which has garnered huge collections at the box office. This is good news for the actor, since his last film, Batti Gul Meter Chalu, had flopped miserably.

The devastating and complex romance between Shahid and Kiara Advani in film has also had a considerable impact on the youth. However, the actor’s personal take on love is slightly different. “During your youth you feel that ‘love’ is everything, and especially after a break-up you feel that the world and life has come to an end. Confronting such a desperate stage, which is shown in the film as well, has happened with me too while I was in love. We cannot deal with our break-ups,” he says.

Shahid adds that a phase of life that one experiences during break-ups is where nothing seems to feel good at all. This is a very dangerous phase,” he warns. “You just keep brooding about one individual, and that is your love. At this point in time you do not like your surroundings and people around you as well. You damage yourself unknowingly, and this is shown in Kabir Singh as well,” he adds.

“I too got nostalgic while playing this character, it reminded me of my college days. If you like a girl, you feel as though your heart has broken in pieces when she does not talk to you or does not respond. You feel emotional,” Shahid explains.

As for his own coping mechanism with break-ups back then, Shahid reveals that he would sit in a corner and listen to emotional and heartbroken music to escape the depression. He adds that he took to the shoulders of friends and family members to be able to handle it.

However, the actor is quick to add that life does not end if you fail in romance. “Having said that, I’m 38 now, I can speak through experience. Life feels different when you are 20-31 and life is very different 10 years later. It’s important to know that,” he says.

Nevertheless, the actor is a believer in love, and says, “We need to believe in love. And you ask why today’s marriages are not working? The senior generation has always been a strong believer in marriage; the current generation don’t bother about it maybe! I am from the old school of thought. I believe in the institution of marriage, and also love, which has to be passionate. I believe it should be selfless.”