Entertainment   Bollywood  27 Jul 2018  I want to do everything, says Dulquer Salmaan
Entertainment, Bollywood

I want to do everything, says Dulquer Salmaan

In conversation with the southern superstar and Bollywood debutant Dulquer Salmaan. 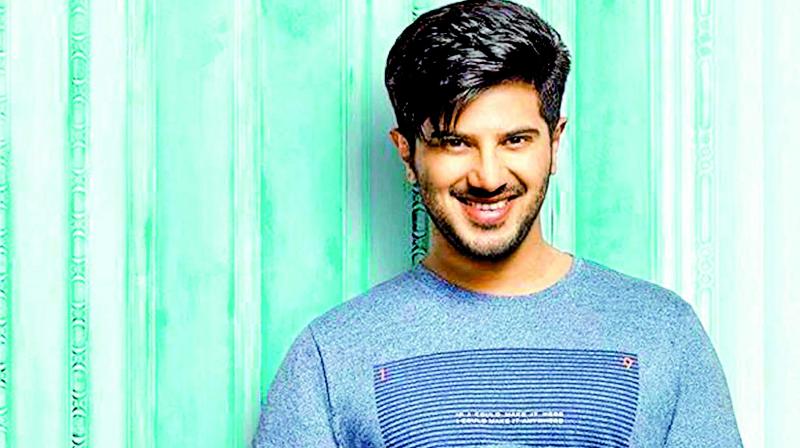 Six years and 25 films into his career, Dulquer Salmaan is gearing up for his fourth debut — this time in Bollywood. The actor has managed to carve a path for himself in every industry that he’s worked in. And though he’s the son of Malayalam superstar Mammootty, that’s not what he’s known for; he’s a star in his own right.

Talking about his upcoming release, Dulquer says, “I didn’t read the script of Karwaan thinking of it as my Bollywood debut. Even when I did my first Telugu film, Mahanati, I wasn’t looking at it as a debut. I analyse films irrespective of language. I liked Karwaan for its interesting yet realistic premise. A lot of my movies are quite relatable. I try to find that balance between commercial and content-driven films.”

The actor considers himself lucky to be making his debut for the fourth time. “I am quite blessed, I look at it positively. Each new language opens new doors for me. To be making another debut after six years and 25 films is really cool. Hindi was my second language in school so I didn’t have much trouble with it. But I’ve never had the chance to learn Telugu because I haven’t been exposed to the language much. In college, the few friends that I had from Hyderabad would always converse in English. I discovered the language during the making of Mahanati and realised how expressive and beautiful it is,” he says.

The actor, who is in Hyderabad to promote his upcoming film, has also the opportunity to spend some quality time with his father. “Dad and I are staying in the same hotel, on the same floor. We briefly said hi before he left for the day today, but we were able to catch up for dinner last night,” he says.

In 1990, Mammootty made his Tamil debut alongside Amala Akkineni, and 28 years later, his son has had the opportunity to work with her in Karwaan. “Working with Amala was delightful. She worked with my father in his Tamil debut, and she would tell me anecdotes from that time, so there was a different kind of bonding between us. So far, I have only seen her at home, with her kids, so it was nice to have actually been able to work with her. I am very close to (Naga) Chaitanya and Akhil, and even Rana. We all have a Chennai connection and common friends,” the actor says.

Dulquer reveals that growing up as the son of a superstar was a burden rather than a blessing. “My parents shielded my sister and me from the entertainment industry. We grew up in Chennai, and it was not like it is now. My school was filled with children from different parts of the country, and they didn’t know about my father’s stardom. So I had a very normal childhood. I didn’t even consider movies as a career option back then,” he says, adding, “When I decided to be an actor, I put on a lot of undue pressure on myself because my father is known for his acting. I felt like I had to prove myself. Malayali audiences are very discerning, and not a lot of second-generation actors have made it. I wondered if they would like me enough to watch me on screen for two hours.”

And he’s definitely managed to make a name for himself. But has one complaint of the nature of his job – he doesn’t get to spend a lot of time at home, with his family. “I am stressed because I am not able to strike a balance. Family time is very important to me. My daughter is just 14 months old. Last week, when I was shooting in Kochi, I had to leave before she woke up every day, and I only returned when she was already asleep. I am sick of being the dad who just appears on a device. I try to take time off and holiday with her. But this is the age at which you get the best offers, and I’m really greedy, I want to do everything,” he says.

Years ago, Dulquer abandoned a promising corporate career in order to pursue acting, because he found corporate life to be monotonous. Does he still think he made the right choice? “I don’t think I would’ve been good at anything else. I am not a 9-to-5 kind of a person. Even if I did that kind of job, it would have to be something creative. I was doing a typical number-crunching job, and my life was monotonous. But being in this industry never feels like work. It is so dynamic and charged all the time; it never gets monotonous. Even though I don’t get to spend as much time with my family as I would like, my love for my job keeps me going,” he says.

Perhaps that’s what keeps his father going too. “Even after 35 years in this industry, my dad is excited as ever about his next movie. It makes me sit back and think if I’m equally excited about my next,” Dulquer says, admiringly.