One can recall that Abhishek Bachchan was announced as a hero of one of Priyadarshan’s projects called Bachchan Singh two years ago. 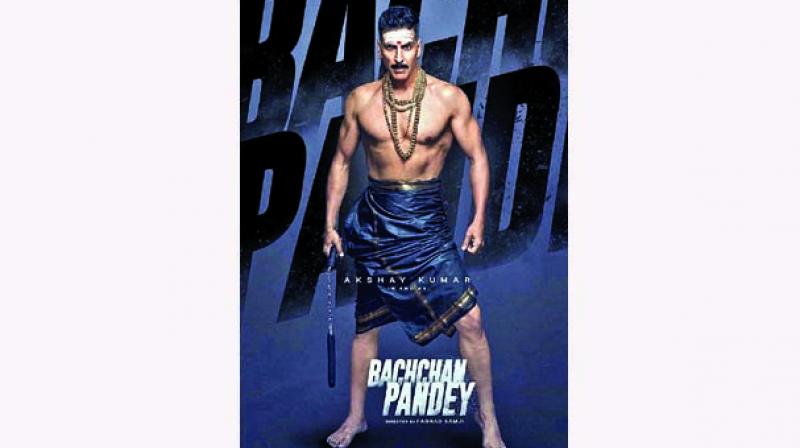 Akshay Kumar has unveiled the poster of his film Bachchan Pandey, and it reminds us of the 2014 Ajith film Veeram. Although, what’s more interesting about the film is it’s alleged heist.

One can recall that Abhishek Bachchan was announced as a hero of one of Priyadarshan’s projects called Bachchan Singh two years ago. And so, the Farhad Samji helmed film Bachchan Pandey seems to just have  changed the surname from Singh to Pandey of that project.

“Farhad has also taken up Priyan’s sequel of Bhool Bhulaiyya to direct, and we know that Akshay’s most probably in it too. But we wonder how the titles are contrastingly similar and whether it is the same project that has passed hands. Akshay, normally, speaks to the concerned parties before stepping into anyone’s shoes. He was also called as Bachchan Pandey in the Vijay Krishna Acharya directed film Tashan and we wonder if that has a connection to this,” says an industry source.