Entertainment   Bollywood  27 Jul 2019  How Prabhas got a fictional city for ‘Saaho’; find out here
Entertainment, Bollywood

How Prabhas got a fictional city for ‘Saaho’; find out here

His upcoming next magnum opus, Saaho is being keenly awaited as it is touted to be the most expensive Indian film so far. 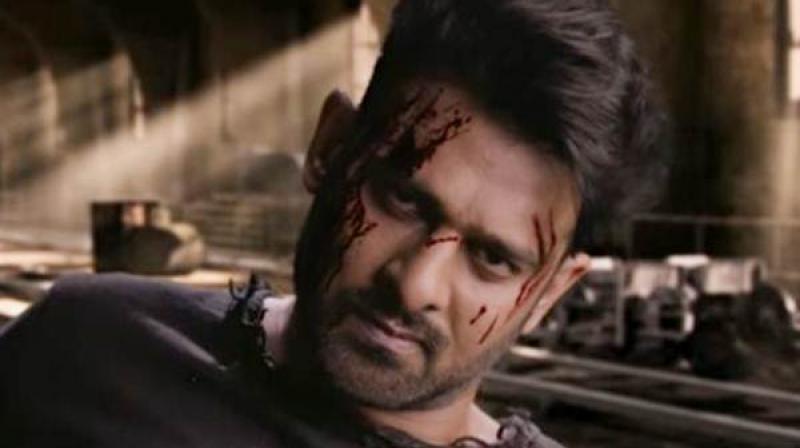 Mumbai: Superstar Prabhas’ Baahubali franchise which was touted to be the most anticipated film, left the audience mesmerized with the visual extravaganza never seen before in the Indian Cinema. Similarly, his upcoming next magnum opus, Saaho is being keenly awaited as it is touted to be the most expensive Indian film so far. While the teaser has given cinephiles a peek into the larger-than-life world envisioned by director Sujeeth, which apparently took two years and Rs 65 crore for production designer Sabu Cyril to create the universe of the Shraddha Kapoor-Prabhas starrer.

The glimpses of the trailer of Saaho gives a visual treat showcasing high-end action sequences. To create a visual replica of the desert emirate, the makers bought National Award-winning production designer who took eight trips to Abu Dhabi.  Prabhas was keen on roping in Sabu Cyril as he had done a great job with the sets of Baahubali. Taking a cue from the makers of the Batman series who have created Gotham city, the director and Cyril designed a fictional city, modelled on Abu Dhabi. Cyril and Sujeeth hand-picked a team of 300 artists, including visual effects artistes and digital compositors, for the task. With the skyline of the UAE capital serving as the blueprint, Cyril and the VFX team gave it a futuristic spin by way of spiral-designed buildings and neo-futurist architectural structures. The interiors were built from scratch by Cyril in Hyderabad.

Director Sujeeth left no stone unturned in bringing the best international technicians on board. "Special effects supervisor Danilo Bollettini, who has previously worked on Wonder Woman (2017) and Avengers: Age Of Ultron (2015), is attached to the project. VFX supervisor Kamalakannan and his 20-member team were specially roped in at Prabhas' behest. The production itself has cost Rs 65 crore."

Excited about his latest creation, Production designer Sabu Cyril says, "Our movies have never seen something like this. We recreated this set-up in Abu Dhabi because of geographical availability and advantages in a bigger space. It took us a lot of time, but we needed it to be as close to perfection and believability as possible."

From skyscrapers to unique action sequences, Saaho is one of the biggest films which has been made on a massive scale, starring Prabhas, an actor who enjoys pan India appeal. Paired with Shraddha Kapoor, the movie is being shot in three languages, Hindi, Tamil, and Telugu, simultaneously. The movie also has a superlative ensemble cast of Jackie Shroff, Neil Nitin Mukesh, Mandira Bedi, Chunky Panday, Mahesh Manjrekar, Arun Vijay, Murali Sharma, amongst others- all the more reasons why the delay does deter the spirit of the audience who are looking forward to the release.

While aiming at delivering the best to the audience, 'Saaho' is a high octane action thriller which is presented by T-Series, produced by UV Creations and directed by Sujeeth and is set to hit the theatres on August 30, 2019.