The duo recently came together for an advertisement that stars SRK and Gauri, produced by Karan. 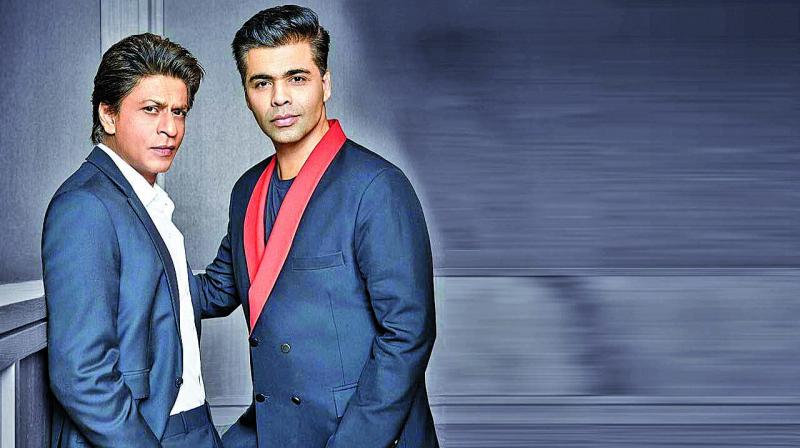 In his ever-expanding entertainment oeuvres, we saw Karan Johar reuniting with Shah Rukh Khan and Gauri Khan. It has been a while since Karan directed Khan, the last two being My Name is Khan in 2010 and Ae Dil Hai Mushkil in 2016 where SRK did a guest appearance.

However, Karan recently produced a commercial starring SRK and his wife. Directed by the Student of the Year 2 director Punit Malhotra, the advertisement was for a furnishing brand.

“Karan has three production banners now — Dharma Productions, Dharma 2.0 and Dharmatic Productions for films, commercials, TV shows and digital films, respectively. The ad film was produced under Dharma 2.0, called Touch of Love that Punit directed. Karan even dropped in on the sets at Mehboob Studios to meet with his cast,” says a source.

With Karan being occupied by his ventures, including the multistarrer Takht with Ranveer Singh, Vicky Kaushal, Anil Kapoor and a host of women including Kareena Kapoor Khan, Alia Bhatt, Janhvi Kapoor and Bhumi Pednekar, one wonders when will we see Karan and SRK unite for a full-fledged film.
—Sanskriti Media