No Ishaan-Janhvi in Dear Comrade remake

Vijay Deverakonda had earlier refused to even consider encoring his blockbuster role from Arjun Reddy. 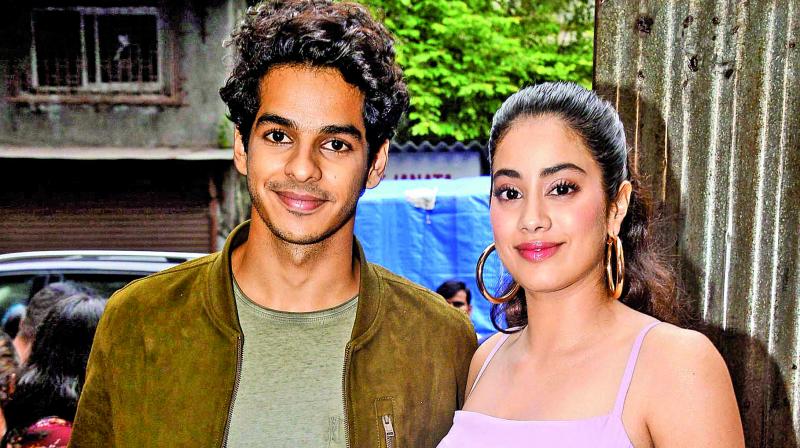 With Vijay Deverakonda flying to Mumbai to show his enrapturing new romantic drama Dear Comrade to Karan Johar, and with Karan immediately buying the Hindi remake rights after viewing the film, rumours have started flying fast about the cast of the Hindi remake.

According to reports in a section of the media, Karan plans to cast  his Dhadak pair Ishaan Khatter and Janhvi Kapoor in  the  Hindi remake  of  the Telugu language movie.

However, he denies this media-manufactured casting completely, and revealed that he wants Vijay Devarakonda to play the role again.

“He is so good in the film! But Vijay doesn’t want to do the remake. He’s very clear on that. And I respect and appreciate his viewpoint,” says Karan.

Vijay Deverakonda had earlier refused to even consider encoring his blockbuster role from Arjun Reddy.

Not too many actors would be able to resist those zeroes on the cheque offered to play the same role in multiple languages. Most Telugu superstars have been eager to star in Hindi remakes of their films. If they haven’t been cast in the remakes it is because they weren’t offered.