The Lure of the Flute

When you have a family background as eminent as Pravin Godkhindi’s, then music is right up your alley. 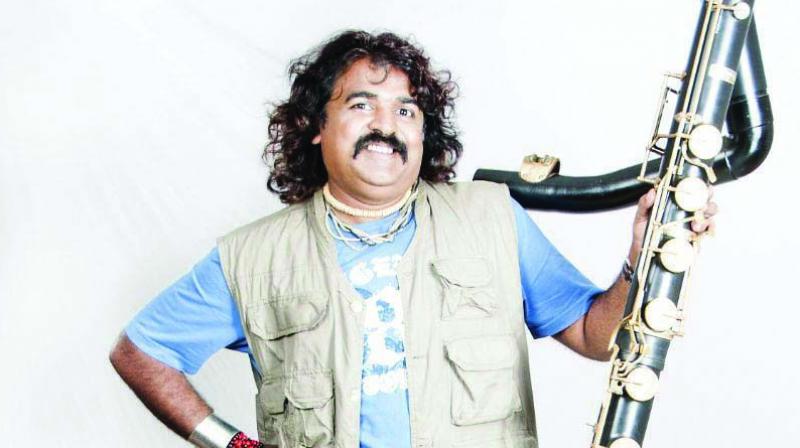 For Pravin Godkhindi, it’s evident that music runs in his genes. “My father, Pandit Venkatesh Godkhindi, who is also my guru, was an eminent flutist, vocalist and harmonium player. Having grown up in a musical atmosphere, being a musician was just the next step,” he shares, remembering how he first picked up the flute at the age of three and had his first public performance when he was just six. His parents were his biggest supporters. “They never stopped me from dreaming. When it comes to music, I used to listen to all kinds. But when it came to a career in music, my father wanted me to stick to Hindustani classical bansuri playing,” says Pravin, who has also been a part of a rock band — Blof — from Holland. Even through his college and studies were in places like Goa and Hyderabad, the dedicated musician kept up with his riyaaz (practice) though he was busy with other things.

Pravin has performed with maestros like Ustaad Zakir Hussain, Pandit Jasraj, Ustad Rashid Khan and Ustad Shahid Pervez. “When these maestro play, they are completely devoted to the music. This devotion to the raagas is what I learnt,” he reveals. According to Pravin, these musical greats have played a part in how he composes as well. He explains, “I have grown up listening to great composers, everyone from Ilayaraja to RD Burman. Their varied styles are reflected in my music too. I like to perform unheard of raagas as well.”

For the upcoming show in Bengaluru, Pravin plans to perform with his band, Krishna Fusion. “The main aim of the band was to promote Indian classical raagas in a contemporary way. We pick up a raaga, play our composition but we also play a medley of songs,” he describes their music, adding that it”s heartening how well-informed and open to experimentation in music the Bengaluru crowd is. Pravin is also collaborating with his son Shadaj for a project, which will include Hindustani flute and EDM. We’ll soon be dancing to their tunes in December this year and another generation of Indian music aficionados will witness the Godkhindi magic.