Aryan Khan skips out on acting

SRK revealed to David Letterman that his son is not keen on acting, as he doesn't want to be compared to his father every time. 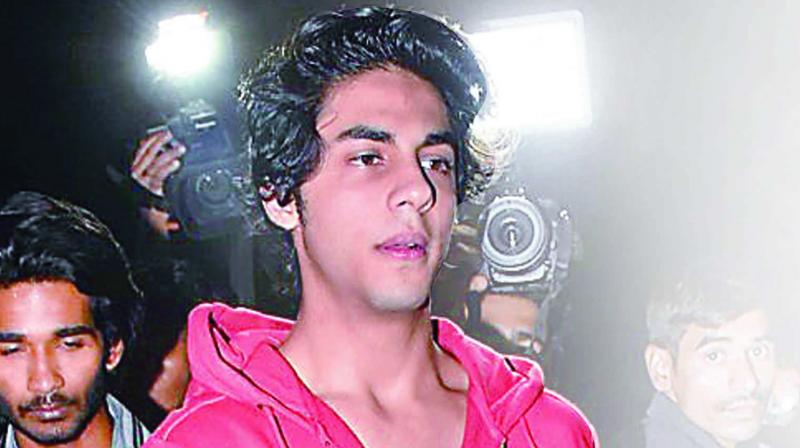 SRK himself made the announcement during his eagerly awaited conversation with David Letterman on the latter’s Netflix chat show My Next Guest Needs No Introduction.

“In India it’s like, ‘Okay, if you’re a movie star’s son, then you might become a movie star.’ He looks nice and he’s tall, but I don’t think he has what it takes, and he realises it himself. But he’s a good writer. I think wanting to be an actor has to come from within. But I think I realised it from him when he came to me and said, ‘I don’t think I want to act.’ His issue was, which I think is practical and honest, he said, ‘Every time, I’ll be compared to you, and I don’t want to be in that position,” the actor explained.

Aryan has perhaps learnt his lesson from Abhishek Bachchan, who, even after 19 years in the film industry, is still compared to his father Amitabh Bachchan. Going back to earlier times, Dev Anand’s son Suniel Anand, RajendrKumar’s son Kumar Gaurav, Jeetendra’s son Tushar Kapoor and Raj Kumar’s son Puru Raj Kumar were all rejected by the audience. However, Dharmendra’s son Sunny Deol, Mammootty’s son Dulquer Salmaan and Biswajeet’s son Prosenjit have made names for themselves in spite of their fathers’ formidable figures casting shadows over their careers.

“It is all to do with your own talent and karma, and nothing to do with whose son you are. Audiences may initially go see your film because of your father or mother, but after that you are on your own,” says Prosenjit.