Soha Ali Khan talks about the new addition to her family, Bollywood and more in a candid conversation. 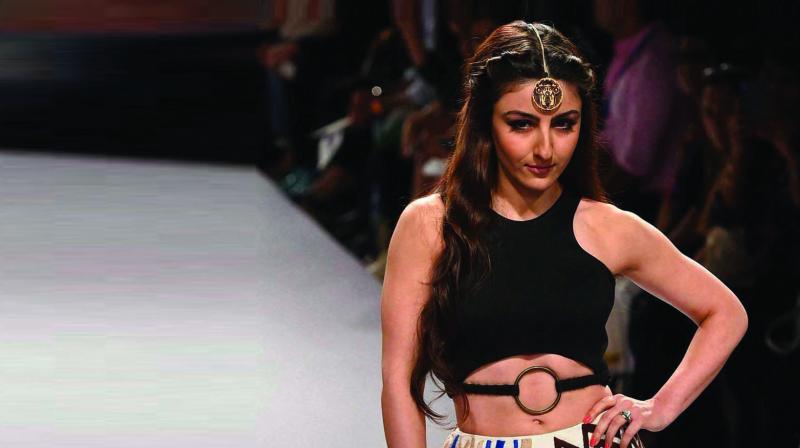 Soha Ali Khan, best known for her subtle yet impactful performances in films like Rang De Basanti and Mumbai Meri Jaan spoke to us about beauty in Bollywood,  her newborn nephew, Taimur Ali Khan and more.

Soha has been observing Bollywood since childhood, her mother being the ever graceful Sharmila Tagore. The actress feels that the perception of beauty’in Bollywood has changed and for good.  “There is diversity in the concept of beauty in Bollywood these days. In the past, there was a norm about beauty and everyone had to conform to that. But the idea of beauty today is more accessible. During my mother’s period, you could see heroines wake up from bed with their makeup on point — complete with false eyelashes and perfect hair. But now the looks we see on screen are far more realistic,” Soha says.

We congratulate Soha on becoming an aunt again, and the actress can’t wait to go back home to celebrate the holidays with her nephew. “Everyone is happy in the family and it’s a wonderful holiday season; we look forward to spend with the baby at Bhai and Kareena’s home,” she says.

While a lot is being said and written about the new born’s name, Soha defends the parent’s decision to name their child. “Honestly, Taimur’s name is nobody else’s business. All the comments, especially a few violent ones are targeted against my nephew, who is hardly a few days old, and that leaves me indignant. Sometimes I do feel like responding to these comments and later realise there is no point in doing so. I honestly feel that a lot of these reactions are just manufactured. Even the facts they say about Taimur — the conqueror are not accurate. It is just a name, after all. The last time I checked, India was a democracy where you can name your child as you wish.”

With actors from all industries crossing borders and doing other regional films, Soha, too, thinks that it might be a good idea to try her hand at regional cinema. “Art transcends all languages and borders, but at the same time, it is tough not knowing the language. So much of the performance relies on one’s voice. It is important to know the small nuances of the dialogues. Dubbing by another artiste takes away half the performance. But I have friends like Aditi Rao Hydari and Shriya Saran who are making waves in the regional cinema as well. I’d love to do a strong performance in Tamil films, with preferably very less dialogues,” she laughs.