As Sara’s second film is slated for release, the look of Janhvi Kapoor in her second film on the Gunjan Saxena biopic is now out. 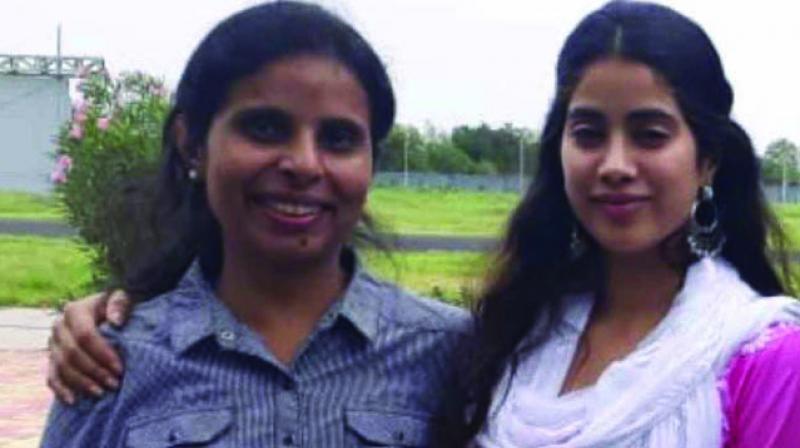 Janhvi Kapoor and Sara Ali Khan may deny that they are competitors but they are being watched closely.

As Sara’s second film is slated for release, the look of Janhvi Kapoor in her second film on the Gunjan Saxena biopic is now out.

Flight Lieutenant Gunjan Saxena along with Flight Lieutenant Srividya Rajan were India’s first two women who flew choppers to evacuate injured Indian soldiers from Kargil 18 years ago, braving enemy fire in northern Kashmir. Saxena’s brother and father too were in the army and Gunjan who is a combat aviator is now married to an IAF chopper pilot. She has also been awarded the Shaurya Chakra. Gunjan is one of the 25 young women who formed the first batch of women IAF trainee pilots.

“Janhvi’s look as Gunjan has been leaked at an appropriate time and interestingly both Sara, as well as Janhvi’s films (Simmba and Gunjan biopic), are being bankrolled by Karan Johar. Janhvi’s next film is also for Karan which is the multi-starrer Takht,” says a trade source.

Neha Dhupia’s husband and actor Angad Bedi will be one of Janhvi’s co-actors in the Gunjan biopic.
— Sanskriti Media