‘Padmaavat’ was one of the most awaited movies since a long time, especially after all the hurdles. 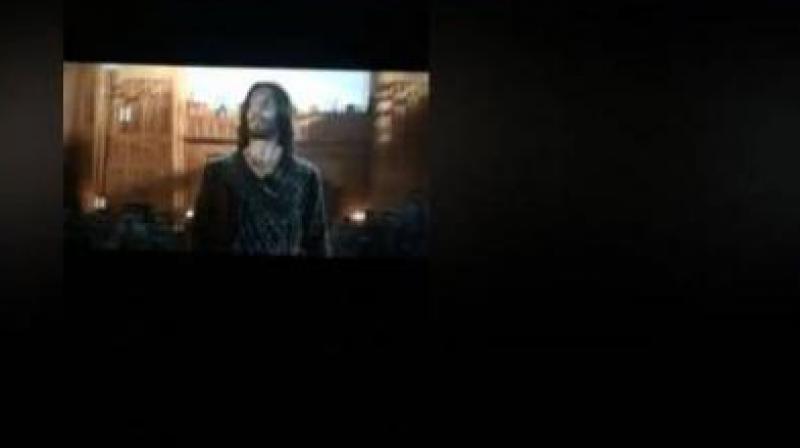 Mumbai: ‘Padmaavat’ was one of the most awaited movies since a long time, especially after all the hurdles this one went through.

The Karni Sena and some sections of Rajput women are still trying to create problems for the movie, but it has finally released in theatres, that too as a solo release!

Little did anybody know that the piracy for this movie will rise above everything done so far. Sanjay Leela Bhansali’s ‘Padmaavat’ was leaked online, in fact it was streamed live on Facebook.

The Facebook page, called Jaaton Ka Adda went live from inside a theatre screening the film. Here’s the screenshot of it: 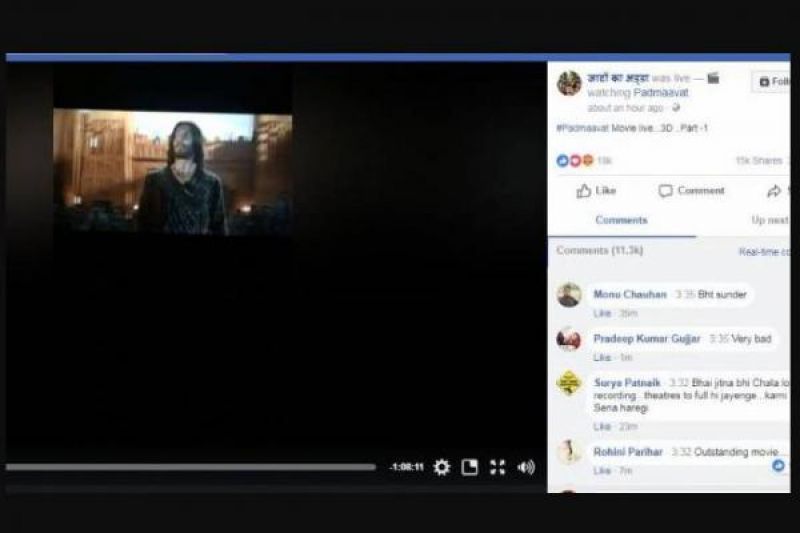 ‘Padmaavat’ has opened to good numbers on day 1 itself. Speaking about the opening day collections, Ranveer told Bollywood Life, “I am on top of the world, over the moon. I am very happy for the entire team. This is not a normal movie that gets made every other day. It took a lot more time and effort from every department. Every member had put their best foot forward. I am extremely happy and relieved to see that these efforts are paying off. The role of Khilji took a lot out of me mentally, physically and emotionally. To see the kind of love I am getting makes very happy. I am thrilled and relieved. I took a leap of faith to play this character and the gamble has paid off.”

But not only that. The movie has beat Prabhas’ Baahubali and Aamir Khan’s Dangal collections in foreign market. When Ranveer was informed about it, he added, “Oh wow, I did not know that.” The actor also highlighted that how he was extremely heartened to see Padmaavat and Indian films do well in West. He opined, “Well, now you mentioned it, I have to say it very important. If we make films in Hindi we will always face the language barrier. Films made in the West reach out to the whole world as English is spoken all over the world. For a film made out of Mumbai or anywhere in the country like Baahubali to go out in the international market and do well is a very positive sign. Sanjay Leela Bhansali’s films have always been a good draw in foreign markets. He makes these epic magnum opuses mounted on a huge unprecedented scale, which are a huge draw there. The producers have been quite bullish throughout. They have fought immense battles to get this film released, I am very happy for them.”

But ‘Simran’ director Hansal Mehta seems to have hinted towards ‘Padmaavat’ when he said that jauhar shouldn’t be glorified. His series of tweets here signify the same:

THE COMMISSION OF SATI (PREVENTION) ACT, 1987
(No. 3of 1988)
An Act to provide for the more effective prevention of the commission of sati and its glorification and for matters connected therewith or incidental thereto. https://t.co/9qhMWifD3l

Deepika Padukone was also asked about being impulsive, which is when she told Zoom, “It’s very weird. I am very sorted but I can be very impulsive. I remember taking off on a two day trip suddenly once last year. I just suddenly took off overnight. Nobody knew where I was and I came back in two days.”