Ever since the trailer of the film got released, it's created solid buzz amongst masses for its sensitive topic of same-sex relationship. 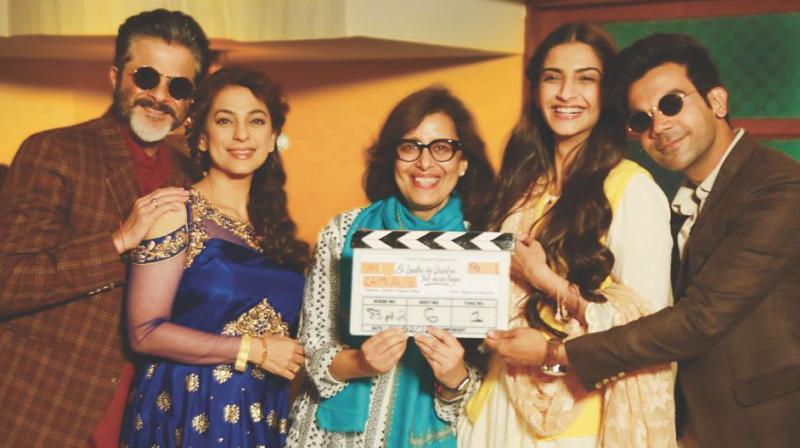 Mumbai: Anil Kapoor, Juhi Chawla, Sonam Kapoor and Rajkummar Rao starrer is set to release this week. Ever since the trailer of the film got released, it has created a solid buzz amongst the masses for its sensitive topic of same-sex relationship. Amid all, debutante director Shelly Chopra has revealed a lot of important elements of the film.

During a media interaction, Shelly said, "There is more than one twist in the film. The film has many characters and all of them have their parts. Each and every character is breaking their own paradigms. It would be unfair to talk about this as a specific one character."

"The golden rule of the cinema is entertainment. The first thing for me is the film must entertain audiences," the director added. Shelly Chopra Dhar is a sister of ace producer and director Vidhu Vinod Chopra. When asked about his involvement while filming the film, she said, "When he chooses the film to produce, he actually allows the director to make the film. He knows how the director would individually visualise the film and create it with much conviction." "He is a strong creative force and has contributed to a lot of things which has I feel makes the film better," added Shelly.