The actor was seen trying to defend his point against journalists like Shekhar Gupta, Nidhi Razdan and Barkha Dutt. 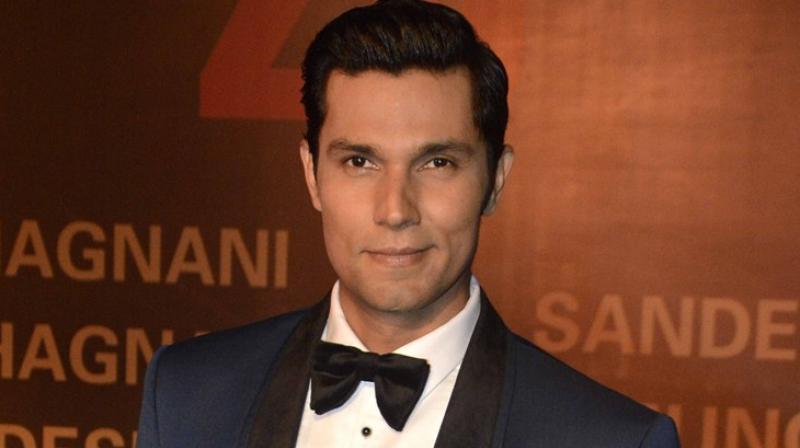 Mumbai: Not many were familiar with the name Gurmehar Kaur till now, but the youngster has been very much in the news in the last few days.

The Delhi University student recently made news when she had slammed the Akhil Bharatiya Vidyarthi Parishad (ABVP) for their alleged attacks on students and teachers in Ramjas College in New Delhi. Another video of Kaur, whose father was killed in the Kargil War, started doing the rounds where she holds several placards promoting peace between India and Pakistan, one of them reading as ‘Pakistan did not kill my dad, war killed him.’

Former cricketer Virender Sehwag, who is known for his witty comments during commentary and also when he trolls some of his colleagues, posted a picture where he is holding a placard which read ‘I did not score two triple centuries, my bat did.’

The cricketer was trolled on social media for his post, with numerous Twitter users talking about he could 'insensitively' troll someone who had 'lost so much.'

Randeep Hooda also joined in the controversy by supporting the cricketer for his post with the 'clapping' emoji.

However, the actor had to face a backlash for his support. Among other trolls, noted journalists like Shekhar Gupta, Nidhi Razdan and Barkha Dutt also slammed the actor for his comments and even got into a ‘discussion’ with them on Twitter.

@ShekharGupta @virendersehwag what's sad is that the poor girl is being used as political pawn and it seems you are a party to it ..

You're welcome to call me what u want. She's no "poor girl" or "pawn." She's a strong, thinking adult who speaks her mind, handle patriarchy https://t.co/cKhgAumFcf

Agree. Sad to see them mock and bully a 20 year old https://t.co/Zhfk3gYa2F

You think she has no mind of her own? How patronising https://t.co/7FxCdxDZxD

So when a girl speaks she is being "used"? How patronising (&sexist)to assume @mehartweets doesn't have a mind of her own. But that you do? https://t.co/1NggrZOhz4

Right here my friend. You exercised yours. I did mine !! And that's how it should be. Argue minus mocking, threats, smear & abuse. https://t.co/1nizQLGfCu

Randeep later took to Facebook to issue a clarification in a lengthy post saying that he genuinely found Sehwag’s tweet funny and that he did not intend to insult the girl. He added that he was being accused of instigating death threats against the girl and that just like she had the right to protest against she felt was wrong, Sehwag also had the right to make a joke on it. He concluded the post by slamming the accusation of being ‘insensitive’ to a martyr's daughter by saying that six of his classmates had sacrificed their lives for the country.