The actor, who passed away earlier this year, was honoured at the 89th Academy Awards ceremony, during the In Memoriam montage. 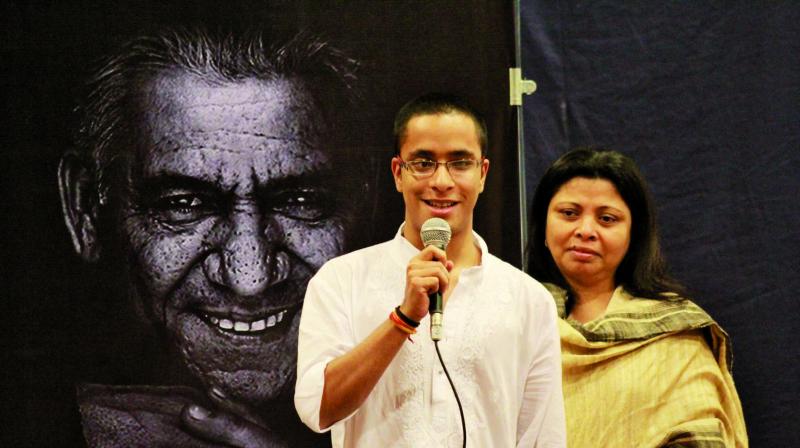 File photo of Ishaan and Nandita at an event commemorating the late actor.

The late Om Puri’s body of work was popular not just in India, but was appreciated all over the world. The actor, who passed away earlier this year, was honoured at the 89th Academy Awards ceremony, during the In Memoriam montage.

The segment, which pays tribute to stalwarts of Hollywood lost in the year past, saw Puri being honoured too. The actor’s filmography in the West includes movies like East is East and The Hundred-Foot Journey, in which he starred with Helen Mirren. The segment was helmed by Grammy and Tony-nominated singer and songwriter, Sara Bareilles.

When contacted, his ex-wife Nandita Puri said, “The entire nation is proud today. He has done so much work without running after the spotlight. He was never after fame.

Yes, we knew about the Oscars because the Academy approached my son and me. We had given them the details. Both Ishaan and I put on the alarm for 5.30 am and were eagerly waiting to see it. When we saw him on the screen, we hugged each other and cried.”

About how the actor would’ve reacted Nandita states hypothetically, “He may be saying, ‘Why are you giving me a tribute? Give me the trophy!’ He never even liked the idea of a lifetime achievement award because he never wanted to retire”

Ishaan added, “All he wanted to do is to work and he died working. He is an inspiration to everyone.”