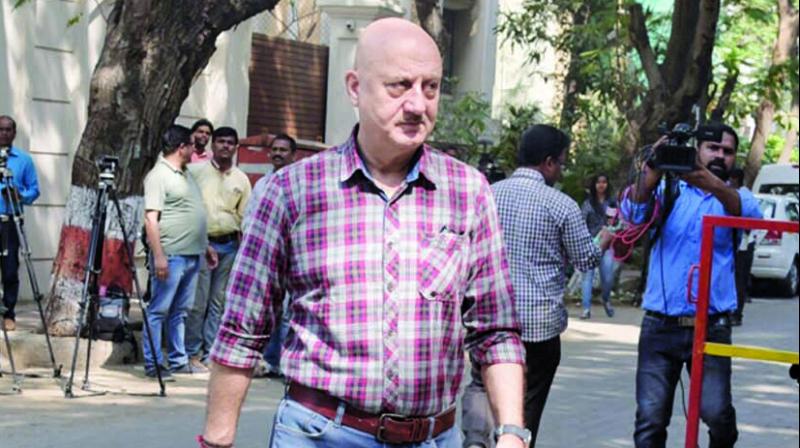 Bollywood celebrities and other mourners kept pouring into Anil Kapoor’s home, even as the Kapoor family waited for formalities to be completed to bring Sridevi’s mortal remains back from Dubai.

As her bereaved husband, producer Boney Kapoor continued to remain in Dubai, working on the paperwork, Anil and Sunita Kapoor have taken up the responsibility of meeting the mourners.

Anupam Kher, a good friend of the Kapoors, made several visits to the residence. Ramesh Sippy and Kiran Juneja arrived to pay their respects to the departed soul, as did yesteryear actress Waheeda Rahman. Shashank Khaitan, who is directing Janhvi’s debut movie Dhadhak, was seen at Anil’s residence too.