The film received a lot of positive reviews at Sundance and Berlinale where it was screened to packed audiences. 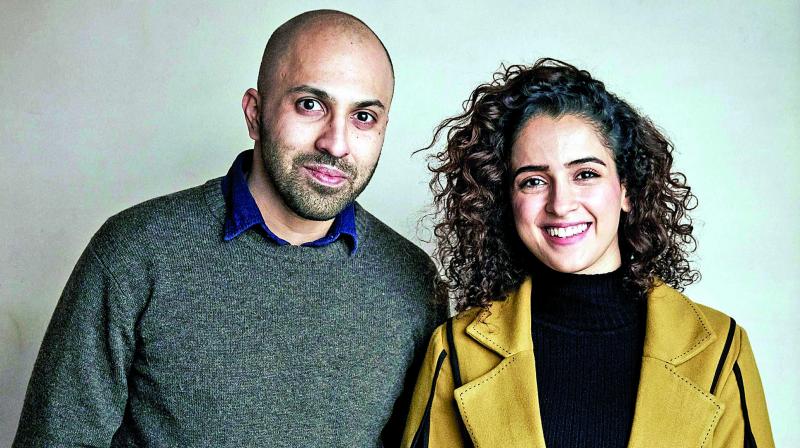 Even though Sanya Malhotra’s film Badhaai Ho after Dangal went on to be a blockbuster, just like her first film, the second film that she had actually signed and worked on was Photograph.

“Photograph was shot in 2017. I was approached after Dangal and director Ritesh Batra who had earlier made Lunchbox asked me to do the film. But, he was very clear that he did not want me and my co-star, Nawazuddin Siddiqui, to meet before the shoot begins. He wanted to make sure that we don’t meet so that the chemistry in the film comes out right. So, even though I went to the set, I never sat and talked to him. Ritesh wanted us to only meet on the sets. Therefore, in order to make myself comfortable, I sat and watched all of Nawazuddin’s interviews as my research to understand how he prepares for a role,” says Sanya.

Sanya says that working with Nawaz was an eye opener of sorts. “It was a great opportunity because I got to learn a lot from him. He made me comfortable and put me at ease, which helped me perform better,” says Sanya who essays the role of a girl called Miloni in the film. “She is a CA topper. She is very quiet but sharp and she observes everything. For more, you have to see the film Photograph.”

Although her film is titled Photograph, the actress is most uncomfortable when it comes to being clicked. “I become very awkward when someone shoots pictures with me. I am not used to getting pictures clicked as such. I only know to smile,” she says.

The film received a lot of positive reviews at Sundance and Berlinale where it was screened to packed audiences.