Aamir and Shloka's dance video is getting viral on social media and we are not surprised at all. 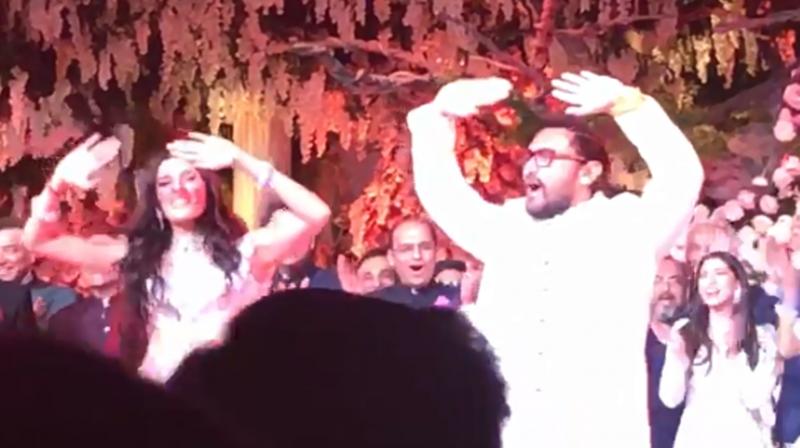 Mumbai: Aamir Khan has recently rocked the pre-wedding party of Akash Ambani and Shloka Mehta in Switzerland. The 53-year-old actor danced on his famous 'Aati Kya Khandala' song from the film 'Ghulam' with soon-to-be bride Shloka.

Aamir and Shloka's dance video is getting viral on social media and we are not surprised at all.

In this video, one can see Aamir is setting the stage on fire. We must say he has indeed brought a major Khandala vibe in Switzerland. The pre-wedding bash took place in the luxury resort town of St. Moritz in Switzerland.

The theme of Akash Ambani and Shloka Mehta's celebrations in snow-caked Switzerland is a winter wonderland and social media is going crazy adding updates with the hashtag '#AkuStoleTheShlo'.

Apart from Aamir, Bollywood celebs like Shah Rukh Khan, Karan Johar, Ranbir Kapoor, Alia Bhatt and others were present at the pre-wedding bash in Switzerland.

Son of Nita Ambani and Mukesh Ambani, Akash Ambani and Shloka Mehta to get married on March 9, 2019 in Mumbai.