Kamal Haasan, whose espionage thriller, Vishwaroopam 2 is being shot currently. 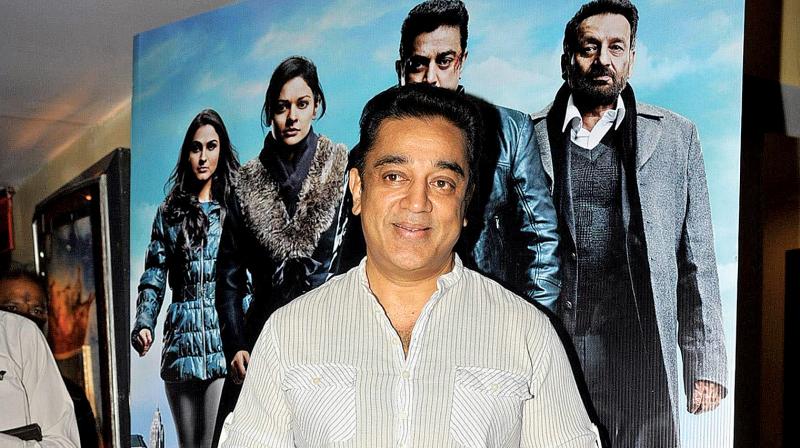 Kamal Haasan, whose espionage thriller, Vishwaroopam 2 is being shot currently, says the first part of the movie, which released in 2013, was allegedly ‘almost sabotaged’ by the then Tamil Nadu government.

“I hate to reiterate a known fact,” he says. “My film, Vishwaroopam, was banned. And when the ban was lifted through legal recourse by us, the then-ruling powers took umbrage. They had it re-banned and later lifted the ban only after a public outcry.”

The ban and re-ban had nearly ruined Kamal financially. “The idea behind the attack was to ruin me completely,” he says. “All my property — everything — was pledged.”

Recalling the harrowing incident, Kamal says, “I try to be known for humility, not for being humiliated. Unfortunately, that is what happened. I was humiliated, almost destroyed.”

Kamal scoffs at those who think that the incident never happened. “Amnesia seems to be a national disease,” he says. “I presume in a country drowning in corruption, such incidents are very minor, and easily forgettable. But I haven’t forgotten. I lost Rs 60 crore. For someone who pays his tax regularly, that is a crippling loss. Thanks to people, I’m still walking.”

The actor hopes that the second instalment of the Vishwaroopam saga will be smooth sailing. “I don’t see anyone having any problem with the sequel. But then, you never know,” he shrugs.