Sanjay and Maheep Kapoor and their daughter Shanaya among others were part of the celebrations. 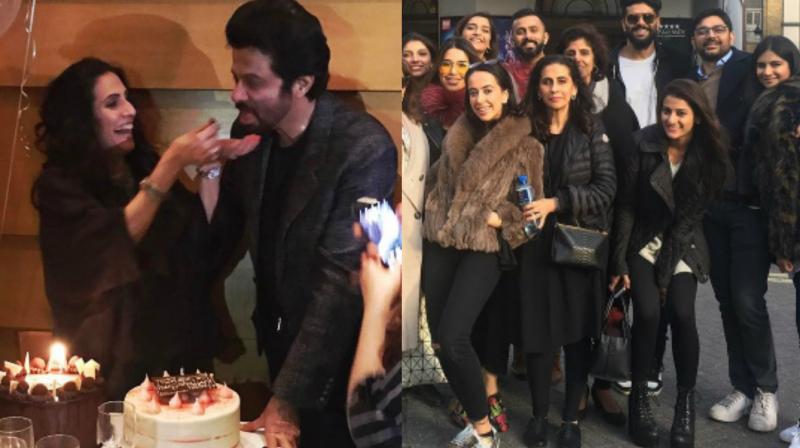 Anil Kapoor and Sunita Kapoor sharing a lovely moment and the Kapoors posing together. (Photo: Instagram)

Mumbai: We recently got a glimpse of the massive Kapoor family at a recent wedding in Dubai, where several pictures and videos had flooded social media.

Kapoors have come together again, this time for the birthday celebrations of Sonam Kapoor's mother Sunita in London.

Sonam Kapoor had shared a sweet message wishing her mother Sunita Kapoor on her birthday two days ago, along with a picture of her mother presenting her father Anil Kapoor a cake during the celebrations. 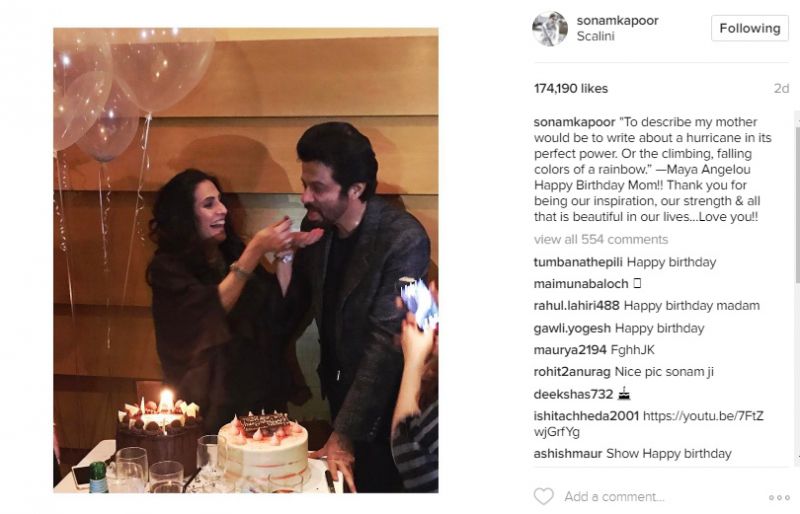 Anil Kapoor has been shooting for his film ‘Mubarakan’ in London and almost the entire Kapoor family also reached the city for the celebrations.

In a picture shared by Sunita Kapoor on Instagram we see Sonam, her rumoured boyfriend Anand Ahuja, her sister Rhea Kapoor and her boyfriend Karan Bhoolani along with Sunita Kapoor and all other Kapoors posing for a happy picture at the Cambridge Theatre. 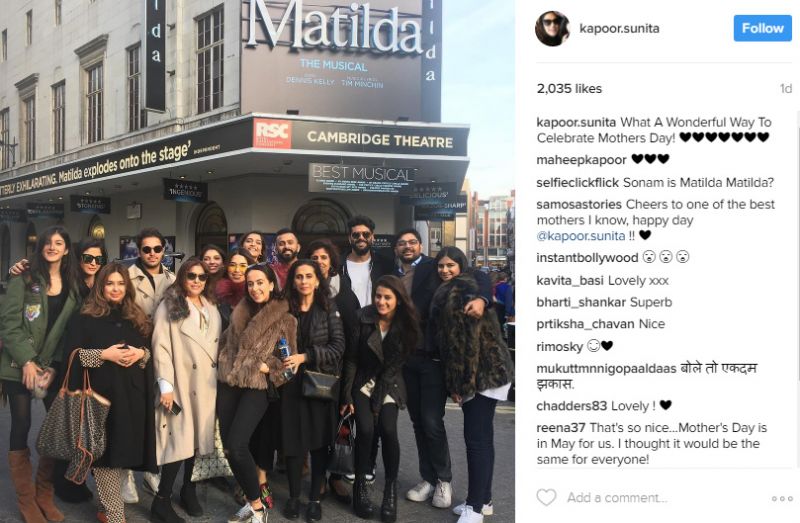 With the public appearances of Anand (to the left of Sonam) and Karan (to the right of Rhea), there is no doubt that they are very much a part of the family and it is only a matter of time before it gets official.

‘Veere Di Wedding’ which would star Sonam and will be produced by Rhea is set to go on floors soon.