Notebook: 5 Reasons why we can't miss to watch Zaheer-Pranutan starrer this weekend

Produced by Salman Khan's production house, Notebook promises to give you a ride of a lifetime! 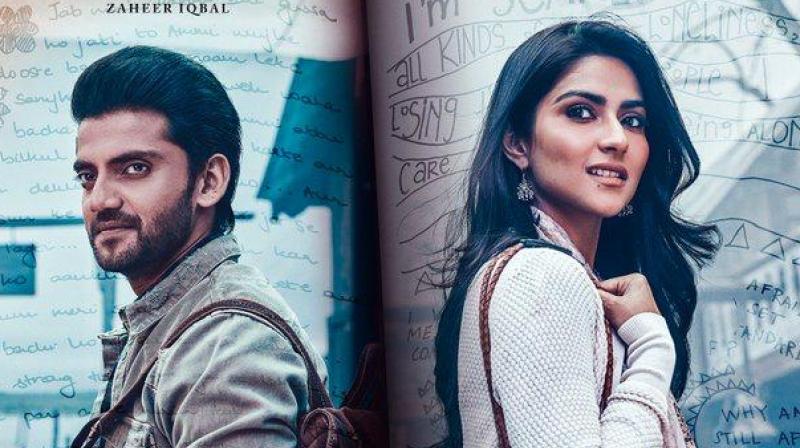 Mumbai: The team of SKF’s next, Notebook promises to give you a ride of a lifetime! Starring debutant Zaheer Iqbal and Pranutan Bahl, the film is a beautiful combination of an eccentric plot, heart-warming music, and a unique love story.

Ahead of its film release, here are 5 reasons why you can’t miss Notebook:

Notebook stars two actors from the non-acting background. Zaheer is a businessman and Pranutan who has completed her LLB. The miscellany of actors has brought a different texture to the film altogether and the upshot will be worth a watch!

Notebook is not your typical love story. Its beauty lies in the mystery which keeps you on the edge of your seats till the end. The uniqueness of this film is that the lead actors fall in love without meeting each other. Along with the unconventional plot of the film, the distinctive journey with two debutant characters in search to discover their love, it will relate to you on a personal level through the narrative.

The kids in the film play a vital role along with Zaheer and Pranutan. Promising an ear to ear smile, the captivating play of the kids invokes love for them all over again owing to the innocence and sweetness of the young artists. This sure shot is all set to be ranked as one of the most unusual love stories.

The Notebook juke-box has already soothed us all with its beautiful song compositions! With all original compositions, the songs stand out with a good mix of emotional, peppy and feel-good numbers. Notebook musical box will surely be an earworm for a long time.

The story of two lovers who have never met through the breath-taking scenic beauty Kashmir in the background is sure to give you major travel goals. The film showcases Kashmir like never shown before on the silver screen

The film is produced by Salma Khan, Murad Khetani, Ashwin Varde and is slated to release on 29th March 2019.