Avengers: Endgame has achieved the impossible as it has collected a staggering Rs 53.10 crores on its very first day. 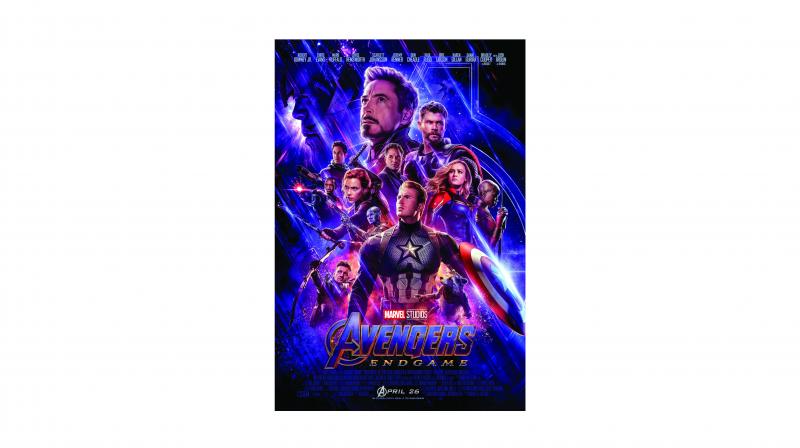 Avengers: Endgame lived up to the hype as the film opened in India to more than a whopping Rs 53.10 crore. The initial 2500 screen count increased to 2850 as the day progressed on Friday.

While some in the trade are very happy because local distributors are making good money, film industry observers are looking at it as a serious threat to Bollywood films.

“Hollywood has invaded India big time and it does seem that Indian films are now going to suffer. It is the start of a dangerous trend because Indian movies are going to suffer in the long run now. China had earlier restricted the release of films from other countries to save their film industry and India may also need to do that,” says veteran industry observer Rajesh Vasani of Paras Publicity.

The all-India opening day collections of Avengers: Endgame is third to films like Baahubali and 2.0, clearly indicating that the top three films are not indigenously produced by Bollywood. “The film is expected to collect over  Rs 300 crores. Some are even hoping for Rs 350-400 crore at the box office. This clearly says that content is working. Never mind who is producing it – Bollywood, Hollywood or Tollywood – content that can appeal to the audiences, content that can drive them to the theatres will always work. At the end of the day even the audiences will see only what they want,” says Atul Mohan, editor, Complete Cinema.

Even though Avengers was leaked online by the notorious piracy website, Tamilrockers a day before the film's release in India, it did not spoil the prospects of the film as people flocked in huge numbers to watch the film. “The makers will not lose a lot of money due to piracy because Avengers is a film for big screens. You get to see the film’s special effects and action in a grand manner only on the big screen; it is not a film that one can watch on TV screens, forget mobile or computer screens. Real fans of Avengers will not want to watch a bad quality pirated copy. The film is also three hours long. So it is difficult to see such a grand film on the phone in bad quality and hence distributors are not as perturbed,” says Atul Mohan.

Industry observer Rajesh also adds that films releasing in the coming weeks will be in trouble. “Of course, no one will get good screens if Avengers is doing well. Not just Setters and Blank, but Karan Johar production — Student Of the Year 2 — may have to take a few screens less if the onslaught of Avengers goes beyond the second week,” he opines.

Avengers: Endgame has achieved the impossible as it has collected a staggering Rs 53.10 crores on its very first day. Though it was always expected to make a great start, for a Hollywood film to actually beat the Bollywood biggies in its own backyard is just unbelievable.

The film has surpassed opening day collections of top Hindi films like Thugs of Hindostan [Rs 52.25 crores], Happy New Year [Rs 44.97 crores] and Prem Ratan Dhan Payo [Rs 40.35 crores]. However, these Khan starrers have seen a fall on the second day. But going by the Hollywood superhero film’s current performance, it would only see a further rise in numbers.

Kalank has gone in the opposite direction after a very good opening of Rs 21.60 crores. With the extended first week numbers just about crossing Rs 75 crores, the film is now staring at a lifetime in the vicinity of Rs 80 crores. There was a lot of backlash that the film received, especially on  social media, and as a result it is now ending its run far away from the Rs 100 Crore Club, which was the bare minimum expectation from a Varun Dhawan and Alia Bhatt film. Fortunately, it has scored better overseas.

The Tashkent Files has managed to sustain by collecting Rs 4.22 crores in its second week which is better than first week collections of Rs 3.50 crores. One doesn’t see this kind of trend but the investigative thriller has been liked and that’s what has allowed its screen count to actually double up at around 450 screens.

Badla is now bowing out of theaters but with Rs 90 crores coming in. The film has entered its eighth week in select theaters and has completed 50 days at the Box Office. A remarkable achievement in current times.