Family important to Ranveer Singh and me: Deepika Padukone

Deepika Padukone on her life after marriage, husband Ranveer Singh and why she never intended to keep her wedding a secret. 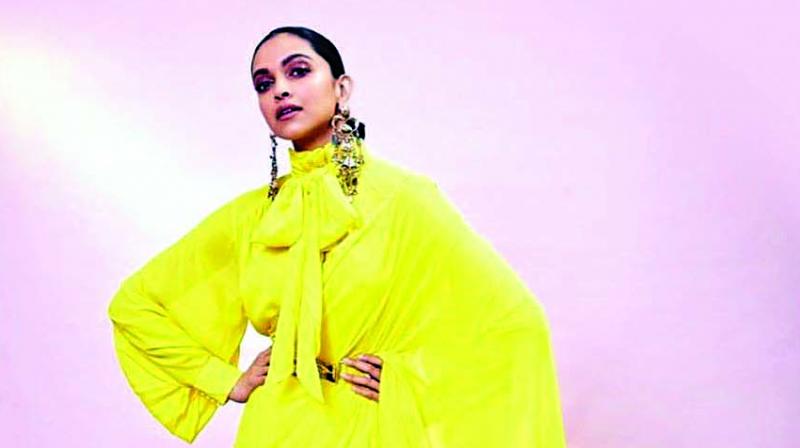 Deepika Padukone and Ranveer Singh’s wedding was indeed one of the biggest Bollywood events of last year. It saw the couple pulling off various looks and was definitely the talk of the town for a long time. No doubt their wedding pictures resembled a royal affair, as Sabyasachi adorned the couple from head to toe in his designs.

At an event for the professional members of The Business of Fashion at Soho House in Mumbai, Deepika and Sabyasachi joined Imran Amed for a conversation about entrepreneurship and craftsmanship. During the course of the conversation, the actor also discussed her marriage.

As the wedding day is one of the most special days in a bride’s life, Deepika reveals her personal take on what it means to be married. “Your wedding is that one big day when you want to look forward in your life and also want to look your best. Why is it important? Because it takes you into the next phase of your life. Whenever you get married to somebody, you are entering into unknown territory,” she says. Adding further, she reveals, “While you know that person, but the coming together of two distinct individuals and what that life is going to be like, is always exciting, intimidating and is a new chapter in your life.”

Further, the actor reveals that she planned the wedding on her own as her husband was busy with his work commitments. “I, almost, single-handedly did the entire wedding. Ranveer was busy last year; he was doing three to four films back to back. Fortunately, he managed to take time out for that, but he literally didn’t have time before and after. I had the support of my father-in-law and mother-in-law. Also Ranveer’s granny was unwell, so he was busy with that,” says the Tamasha actress.

Among all the preparations, it was definitely the wedding and the reception attires that left everyone speechless. Revealing that she had always known that she would choose Sabyasachi’s creations, the actor says, “I was very clear that whenever I get married, he will definitely be one of the designers. And while my parents were deciding on the date, when I had to pick up the first person to call, and I called him. My stylist or my friends didn’t know anything, so other than my immediate family, he was the first person to know.”

She also asserts that it wasn’t a conscious decision to keep the marriage a hush-hush affair. “So, it was about just trying to get things done and we were not planning to keep it a secret. Of course, there was a lot of speculations but when we thought things are under control, we made an announcement,” she says.

As Deepika and Ranveer have strong family backgrounds, it is inevitable for the couple to know the importance of family in their lives. Talking about it, Deepika says, “We both have been brought up in a way where the family is extremely important. While on the outside, we look like completely different people, but at the core of it, I feel, we are exactly the same. I moved out of my home at a very young age. I moved to Mumbai to pursue my career in modelling and acting. So, I think we wanted to be with somebody, to come home to somebody and to have a family. I think, for me, it is very important and that’s my perspective.”

Deepika, who was last seen on the screen in Sanjay Leela Bhansali’s  Padmaavat, will be now seen in Meghna Gulzar’s Chhapaak, releasing next year. As her break came to an end when she started shooting for the latter, the actor reveals that her hiatus wasn’t because of her marriage. “I wanted to do things that make me and my soul happy, and not to be on a schedule constantly. I had taken a year off professionally. So, it is not like I took the time off to get married and creatively nothing was excited. It only makes sense when I am happy and exciting to be on sets. I like to do things a certain way.”