Entertainment   Bollywood  28 May 2019  This is why Disha Patani agreed to do Salman Khan starrer 'Bharat'!
Entertainment, Bollywood

This is why Disha Patani agreed to do Salman Khan starrer 'Bharat'!

Disha Patani finally opens up and says why did she agree to do the film alongside Superstar Salman Khan. 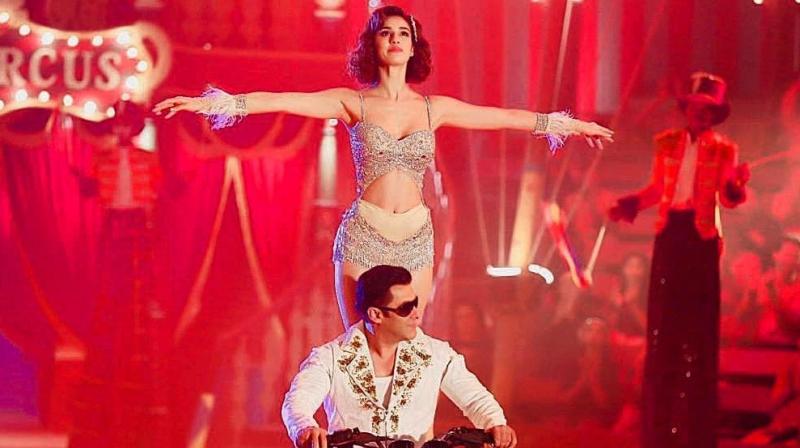 Mumbai: Actress Disha Patani who is already creating waves ever since the makers have unveiled her look of a trapeze artist in 'Bharat' and even more with her chemistry alongside Salman Khan which is already being loved by the fans, has revealed a reason! Disha Patani finally opens up and says why did she agree to do the film alongside Superstar Salman Khan.

Talking about her sharing the screen space with Salman Khan, Disha Patani says, "Ali sir (director Ali Abbas Zafar) called me with a role which is more of a special appearance. I heard him out and since the character is that of a trapeze artiste alongside Salman sir, I came on board. Honestly, I don’t know if I will ever get to work with Salman sir again. Even Ali sir told me this while narrating the script."

Leaving the audience spellbound with her sizzling moves in the first song 'Slow Motion Mein' alongside Salman Khan, Disha Patani is playing Salman Khan's young phase lover also referred to as 'Jawani Janeman'. Talking about her essaying the role of his 'Jawani Janeman', Disha Patani said, "Obviously because of the age difference between us. In Bharat, it is acceptable because that portion shows Salman sir in his 20s and 30s so, it was an immediate “yes”. He is a wonderful human being and very hard-working. I got to learn a lot from him. That aside, Bharat is special because I had never done a film set in a different era".

Playing the role of Radha and sharing chemistry with Salman Khan Disha said, "I am glad that people like to see us together. The chemistry between us is great, I never expected something like this. I got lucky with the song and want to thank the choreographer and Ali sir for the way it’s been shot".

One of the fittest actresses in Bollywood Disha Patani known for the bravest choice of films, the young actress is also a sought after name in the brand world. The actress is also the face of an International brand.

The fitness icon has been treating her fans with her bodacious dance moves and intense acrobatic stunts with a range of sneak peek from her routine.

After the back to back success of M.S. Dhoni: The Untold Story and Baaghi 2, which raked more than 100 crores at the box office, Disha Patani will be seen next in Bharat along with Salman Khan, followed by Mohit Suri's Malang.