Entertainment   Bollywood  28 May 2019  We're not hiding, let it be natural: Arjun Kapoor on relationship with Malaika Arora
Entertainment, Bollywood

We're not hiding, let it be natural: Arjun Kapoor on relationship with Malaika Arora

'India's Most Wanted' actor Arjun Kapoor has finally opened up about his relationship with Malaika Arora. 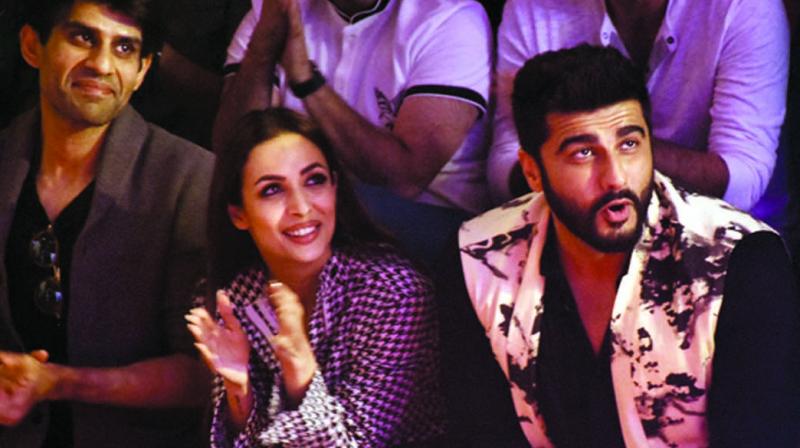 Mumbai: 'India's Most Wanted' actor Arjun Kapoor has finally opened up about his relationship with Malaika Arora.

In an interview with Filmfare, Arjun Kapoor said that he is not hiding his relationship. "We’ve come out because we feel the media has given us dignity. There’s a certain understanding the media has... they’ve been respectful, kind, honest and decent about it. That is why I felt comfortable. You recoil when there’s a certain ‘gandhagi’ that comes with the territory. When purposely people irk you by saying, writing or asking things... there hasn’t been any of that," Ishaqzaade actor said.

However, the 33-year-old actor is not getting married soon. He revealed, "I’m not getting married. I understand why there are speculations. Because in my own house people would ask ‘tu shaadi kab kar raha hai’? It’s a very organic Indian question. If you’re with someone for even three days, the marriage question pops up. ‘Shaadi karlo, tumhari umar ho gayi hai, abhi kitna sochoge?’ 33, for most people in India, is a great age to get married, but not for me. I still have time. If I’ve not hidden my relationship, why will I hide my marriage yaar?"

Recently, Malaika Arora was spotted attending a screening of Arjun's film, India's Most Wanted. On the work front, Arjun will next be seen opposite Parineeti Chopra in 'Sandeep Aur Pinky Farrar'.