Entertainment   Bollywood  28 Jun 2017  I don't want anyone to make a biopic on me...not as yet: Shah Rukh Khan
Entertainment, Bollywood

I don't want anyone to make a biopic on me...not as yet: Shah Rukh Khan

"I am not saying I don't want anyone to make a biopic on me but I don't think it's a great subject... not as yet." 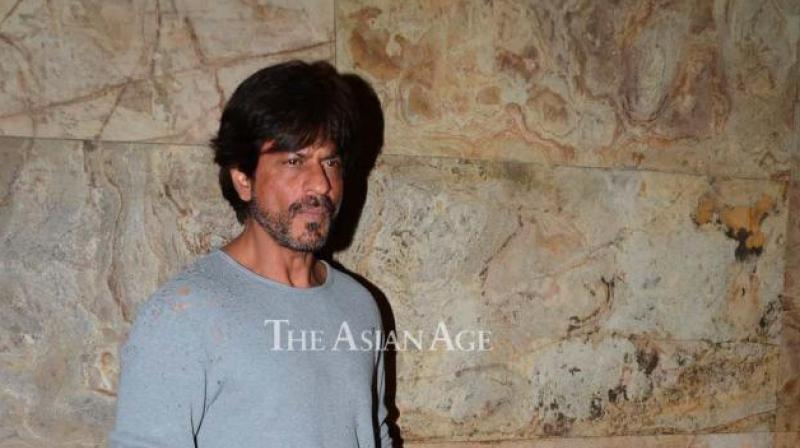 Mumbai: Shah Rukh Khan's journey to stardom can serve as an inspiration for aspiring actors but the superstar does not believe that his life story can be made into a film as it is ‘not that controversial’.

The 51-year-old actor said if anyone will write his biopic it would be more of a success story than a life journey as people still do not know some of the most interesting things related to him.

“For so many years, people who are closest to me will tell you, I have never let people know the most interesting parts of my life so you will never get a good script unless I write it. Whatever they will make of my life will just be a success story which I think is extremely boring,” Shah Rukh said in an interview.

Shah Rukh started his journey with television shows like ‘Fauji’ and ‘Circus’ and later made a switch to films with ‘Deewana’. The actor initially played anti hero parts in films such as ‘Baazigar’, ‘Darr’, ‘Anjaam’, but soon went on to become the king of romance courtesy his movies like ‘Dilwale Dulhania Le Jayenge’, ‘Dil to Pagal Hai’ and ‘Kuch Kuch Hota Hai’.

From having a fight with Salman Khan in 2008 to the Wankhede brawl, Shah Rukh has had his fair share of controversies, but the actor still believes he has to do something ‘controversial’ to make his biopic interesting enough for the audience.

"If it's not controversial then it will be a boring story. I am telling you success stories are very boring. I would not like anyone to make it but I am not saying I don't want anyone to make a biopic on me but I don't think it's a great subject... not as yet," he said.