In the video, Poonam can be seen showing her happiness by giving a sneak peek of her cleavage. 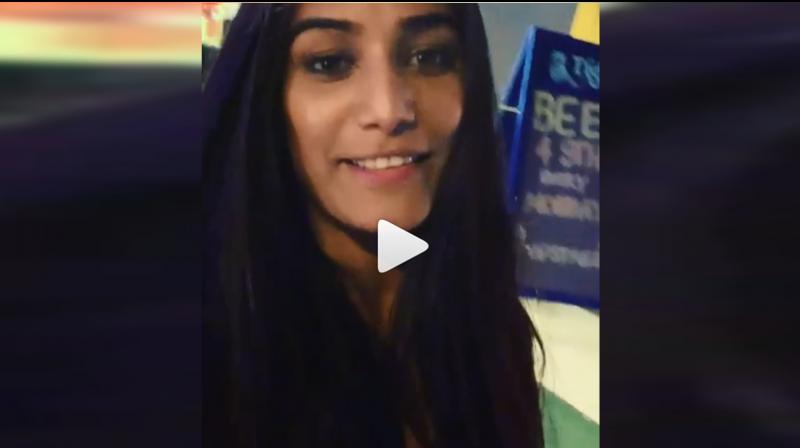 Mumbai: Poonam Pandey is again in news and as fans were expecting, the bold diva kept her promise. On Thursday, team India beat West Indies by 125 runs in ICC World Cup 2019 match.

Hence, after India's victory over West Indies, the 'Nasha' actor Poonam Pandey recently shared a video on her Instagram handle in which she showed her private body parts. Poonam captioned the video, "I will keep my Promise. #indvswestindies #cwc2019".

I will keep my Promise. #indvswestindies #cwc2019

In the video, Poonam can be seen showing her happiness by giving a sneak peek of her cleavage. She said that she is so happy knowing about India's win that she has something to offer her followers.

Poonam is quite popular on social media for posting bold videos. Earlier, she had offered her D-cup bra in place of the World Cup when a Pakistani advertisement took a dig at Indian hero Abhinandan Varthaman ahead of India vs Pakistan match.

Meanwhile, Poonam Pandey made her acting debut in 2013 with Nasha. Poonam has also worked in Kannada as well as Telugu films.