Entertainment   Bollywood  28 Jun 2019  'We are definitely scaling up on the action', shares Tiger Shroff on 'Baaghi 3'
Entertainment, Bollywood

'We are definitely scaling up on the action', shares Tiger Shroff on 'Baaghi 3'

This is definitely a delightful insight for Tiger Shroff fans who have watched both the movie of the Baaghi series. 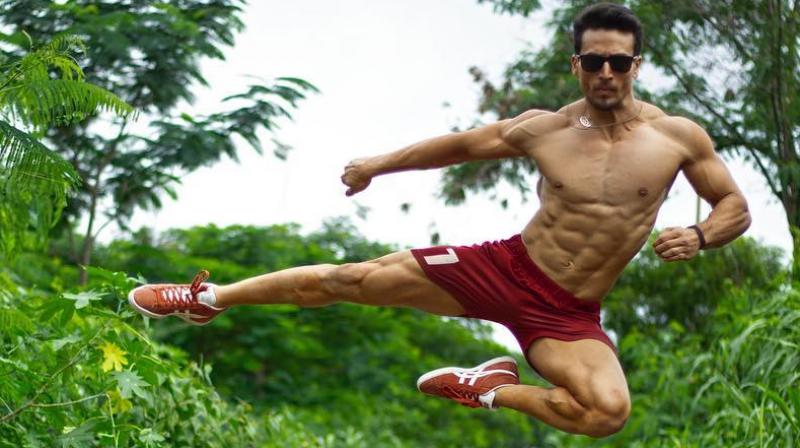 Mumbai: Riding high on the success of 'Student Of The Year 2', pan India superstar Tiger Shroff who also hails as the only actor in the B-town to own a movie franchise to his credit, gives us interesting insights about his most anticipated upcoming action film, Baaghi 3.

Talking about the same Tiger says, "Well, we are definitely scaling up on the action and I don't want to reveal anything right now, But you can imagine the helicopter sequence times ten right now."

This is definitely a delightful insight for Tiger Shroff fans who have watched both the movie of the Baaghi series. After stunning fans with consistent delivery of stellar performances in the action-packed Baaghi series, the fans are going gaga over the movie's third installment since its inception and can't wait anymore for its release to admire Tiger's kicks, punches, and defences backed with impactful dialogues.

The youngest superstar of  tinsel town who has always taken his fans back with his perfection of acing action films with his kicks and punches is also highly capable of showcasing a softer side in films where his acting prowess of a college-going boy has won hearts in his recently released, Student Of The Year 2, due to which fans hail him as a versatile actor of the Industry.

Tiger has gained an omnipresence among the masses with his flawless acting, the consistency as well as jaw-dropping dance, donning his muscular appearance- which makes him the popular face across the tinsel town who also holds a deeper appeal and popularity across demographics.

Winning the label of Student of the Year after the release of the film, Tiger Shroff as Rohan has captivated the interests of the audience with his underdog character.

After the humongous success of Baaghi 2, Tiger Shroff will be next seen in an untitled film with Hrithik Roshan, Baaghi 3 and an official remake of Rambo.