Sunny more of a romantic hero than action, says Dharmendra

Despite his ‘action hero’ image, the actor is very soft spoken in real life. 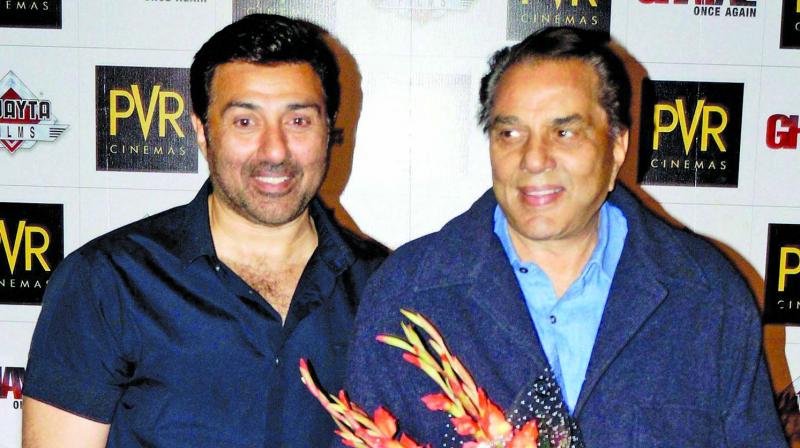 He may be Bollywood’s He-Man but when it comes to his elder son Sunny Deol, Dharmendra doesn’t believe that the moniker of action hero is the right one. “The action hero image for Sunny is wrongly attributed to him. He is a romantic hero,” says the veteran actor. Elaborating further, he says, “Sunny’s first film Betaab was a romantic movie. His innocent looks worked for him.  He is very emotional and never expresses his feelings and is painfully introvert. I would often tell him to speak up but he never spoke thinking I will feel bad. He doesn’t like hurting anyone and according to him, hurting his father is a sin.  In Gadar, his character was so romantic. I still remember how humbly he kept addressing the heroine as ‘madam’ though it sounded so unromantic. But unfortunately, Sunny got appreciation only for action. People didn’t notice the undercurrent of romance in the films,” he says.

After a five-decade inning, the iconic superstar will be soon seen in Yamla Pagla Deewana Phir Se along with his sons. Speaking about his eventful career, he elaborates. “I love films and every era has its own beauty and colour. The audience of that time and today is different.  Even the people and the working environment have changed. In those days, I would sit with everyone and eat. I am from a middle-class family and we’d share home-cooked food. We would sit with workers and eat bhajias.  I am still that old village boy and I can never forget that,” he says.

Despite his ‘action hero’ image, the actor is very soft spoken in real life.

“For me, acting is a reaction and for an emotional man like me, it is easy. I’ve never studied acting,” he adds.