Your way? No way!

Rumour has it that Sanjay Leela Bhansali’s Inshallah has been shelved over creative differences with his lead actor and friend, Salman Khan. 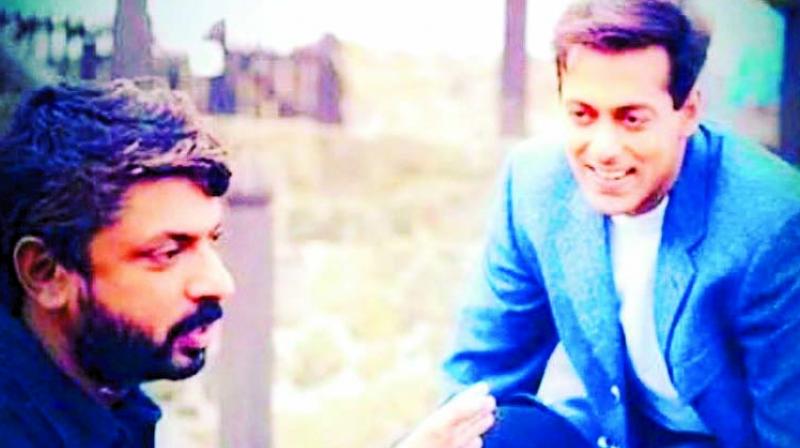 During the filming of Hum Dil De Chuke Sanam

It’s both, unfortunate and humorous when a film’s name becomes synonymous with its fate. Yes, we’re talking about Sanjay Leela Bhansali’s Inshallah, a film that might only see the light of day if the Almighty works a miracle. After being postponed multiple times, the gossipy grapevine now has it that the film has been shelved, thanks to ‘creative differences’ between the director and the film’s lead actor, Salman Khan.

But before we delve into what these differences are, a short recap about the film itself. Inshallah started off by making all the right noises, with Bhansali teaming up with Bollywood’s enfant terrible, Salman Khan, after many a ‘cast-and-misses’. After the iconic Hum Dil De Chuke Sanam, rumour had it that the duo was supposed to work together in Bajirao Mastani 2 and Guzaarish, but issues unavoidable came in the way. Inshallah also created a buzz because of the casting of its lead pair, Salman Khan and Alia Bhatt, a pairing never seen before on the big screen.

But not long after the film’s announcement, it hit choppy waters and reports of it being postponed repeatedly started doing the rounds. Now, the film finds itself dying a quiet death in these very waters, and sources in the industry attribute this untimely tragedy to the constant interference of Salman Khan.  “Sanjay Leela Bhansali respects and loves his actors and suggestions are welcome but not if they aim to alter the narrative. Hence, he has taken the decision to shelve the film. However, they are still friends and Sanjay Leela Bhansali has immense love and respect for him,” says a source.

Another source in the know about Salman’s penchant for providing ‘creative inputs’ adds, “Salman is a superstar and he always likes to work with the directors closely. He is the kind of actor who believes in teamwork and with the kind of work experience he has, he likes to indulge in the creative department and give his inputs. This may not go down well with many directors.”

Though allegedly unhappy about the interference, the director chose to salvage his friendship with Salman rather than his film. “Bhansali and Salman have always had their on-and-off fights and that’s normal between friends. However, Bhansali would never want to put his friendship at stake for the sake of a film. Had Inshallah been made, it would certainly have been an interesting watch for the audience but he rather chose to save his friendship,” says an industry insider.

Bhansali and Salman have worked together in some memorable films like Khamoshi, followed by Hum Dil De Chuke Sanam. But, the director-actor duo has also had their share of differences. An upset Salman once told a source of ours that he lost out on Devdas to Shah Rukh Khan because Bhansali felt that he was not mature enough to play the role. Plus, after Guzaarish’s release, Salman passed some disrespectful comments about the film, which soured his relationship with  Bhansali and also hurt the sentiments of Hrithik Roshan.

Despite all this, the two always expressed a willingness to work together. However, being willing to work together is one thing, and willing the film into reality is quite another. If the baby is going to be thrown out with the bathwater in the pursuit of friendship every time, this reality might remain a distant dream!