The manager-turned-director is confident that both, Golmaal Returns and Secret Superstar will make money at the box office. 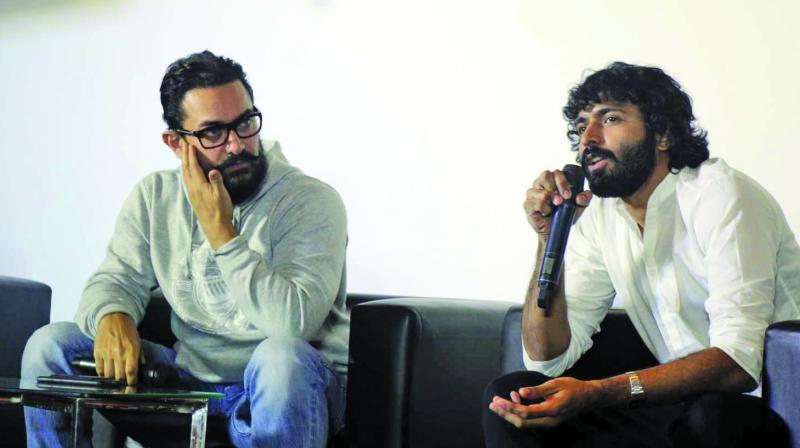 The next month will see the clash of two films — Secret Superstar and Golmaal Again — at the box office. But Secret Superstar’s director, Advait Chandan isn’t worried about it. The manager-turned-director is confident that both films will work at the box office. He says, “If I had a solo release, I would still be anxious. Rohit Shetty is a fantastic director. He knows his audience. Let audiences get two good films. Diwali is a good time for such films.” Secret Superstar is the story of a small-town girl played by Zaira Wasim who wants to be a world-famous singer and how Aamir mentors her.

Advait adds that Aamir knows exactly when to release his films. He says, “It’s an Aamir Khan production. They know what a good date is. I am happy it’s coming out on Diwali.”

Advait further reveals he had his own selfish reasons to work with Aamir Khan as his manager. “I wanted to understand how Aamir works. I mean look at the stories he has worked on!”

The duo have worked on nine projects together in the past four years. He says, “I figured why he picks few films. I made sure I don’t make those mistakes. In four years, I have understood what interests him, what kind of stories grab his attention. It has helped me.”

Ask Advait if he misses managing Aamir’s work, he says, “I am dying to go back. There are so many things Aamir does in a day — it is exciting. He is inspiring.”